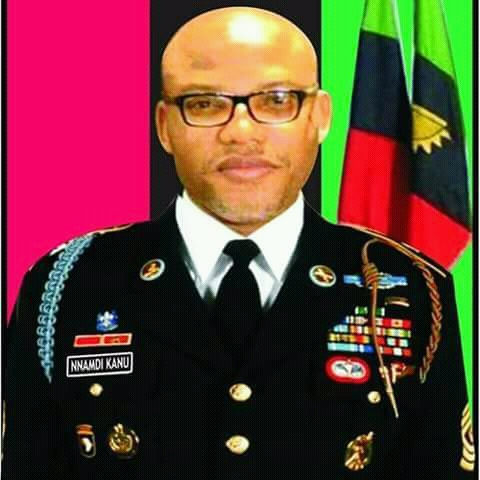 Nnamdi Kanu , the self dubbed supreme leader of IPOB has presented his side of story on the defense funds scandal .

Naija News NG that the IPOB leader explained that he has never embezzled any funds raised for Biafra movement . He also published how much members in the United State contributed and how much was raised worldwide during the funds raising.

According to Kanu “As the saying goes, he who goes to equity must go with clean hands. “In keeping with my numerous public declarations that we in IPOB are whiter than white and whiter than snow, this morning I have decided to publish what each country contributed to the famous Defence Fund for the world to see. “All Biafrans in the USA only managed to contribute less than $2,300 (Two thousand Three Hundred Dollars). It means the total amount contributed by all Biafrans in the USA is less than the price of a one-way flight ticket from Enugu to Tokyo. “Ironically it was these expelled traitors from IPOB Family in the USA now working for DSS that started peddling the myth about Defence Fund embezzlement as a way of getting back at the leadership of IPOB for expelling them from the movement.

“The funniest thing in all these is that none of the expelled criminals now feeding the Pig in the Creek with false information ever contributed a dime to our Defence Fund. “

“All those foaming around the mouth about a Defence Fund never contributed a penny to it. Not minding the sheer wickedness, apathy, gossipy and stingy nature of an Igbo man, we have continued to defend Biafraland with very limited resources against a Fulani Jihadi budget of over $22 Billion (Twenty-Two Billion Dollars) not including Nigerian Army and Police. “The total amount contributed by Biafrans all over the world is $143,000 (One Hundred & Forty-Three Thousand Dollars) which is less than what we spend in one single month to run IPOB worldwide. ” It is not even up to the amount I spent on palliatives a few weeks ago to feed our most vulnerable in society. These poverty-stricken criminals and agents of the caliphate think because they are gluttonous traitors that I too will be like them but they are very much mistaken. “They forgot that I am a child of Chukwu Okike Abiama under the most sacred and inviolable oath to restore Biafra and therefore incorruptible, unbribable and uncompromisable“, Kanu stated

Related Topics:Biafra Defense FundsFG Is Responsible For My Continued Incarceration - Nnamdi KanuIPOBNnamdi Kanu
Up Next

STATEMENT FROM PROPHET TB JOSHUA ON REOPENING OF CHURCHES