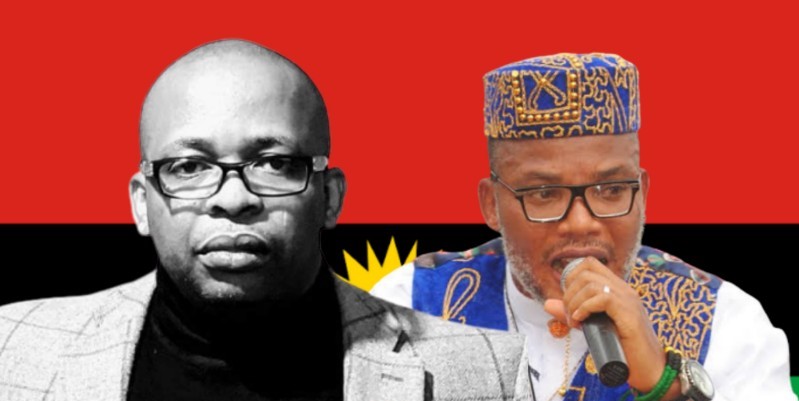 Magnus Oraka a Biafra nation freedom activist has called out Nnamdi Kanu and Uche Mefor, the Deputy leader of the Idengeous People of Biafra, IPOB .
NAIJA NEWS NG reports that Magnus Oraka has called Uche Mefor a rogue in a letter he wrote in response to the war Nnamdi Kanu and Uche Mefor over unpaid salaries .
Dear Uche Mefor,
Recall I had written you once a month ago. In that letter I admonish you to tow the path of wisdom thinking you were different from your maniacal boss Nnamdi Kanu but it is now apparent I was dead wrong.
They say birds of the same feathers will always flock together. Perhaps then my latter was a foolish attempt to separate two like maniacs. I may forgive myself now because I was lead to believe Nnamdi Kanu is the devil while you were the reasonable one. Maybe my innocent mistake was made because it’s Nnamdi Kane we all hear on RBL with his constant rants and his signature abuses and insults of others I thought he was the evil one. But as it is it has become more probable to me that you are even the far more deadly one.
A man ruled by greed and love for money is less that been describes as having integrity. The whole world is aware of the scuffle that ensued between you and Nnamdi Kanu over unpaid salaries. This quarrel revealed and proved what we have always described IPOB – a business franchise where gullible emotional Biafra seekers sustain this scam with their hard earned moneys and lives in many instances.
I’m so ashamed of you. Now I know you can’t judge the content of a man’s character by the quality of his eloquence. You love for money has betrayed your seeming outward appearance that portrayed you as having poise and class. But you are just a common rogue after all.
In any case we are not bothered with this newfound business of financial extortion that you and your criminal boss are engaged in. I am only bothered that you leave our youths out of your criminal enterprise – IPOB.
This is also to tell you that me and other activist now have our eyes constantly on the activities of IPOB and we will do everything to stop the retrogressive infection that IPOB causes to our innocent youths particularly those of Urhobo land. This is a promise!
Yours un-faithfully, 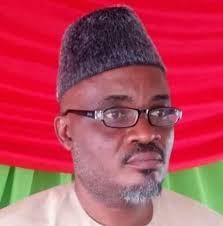