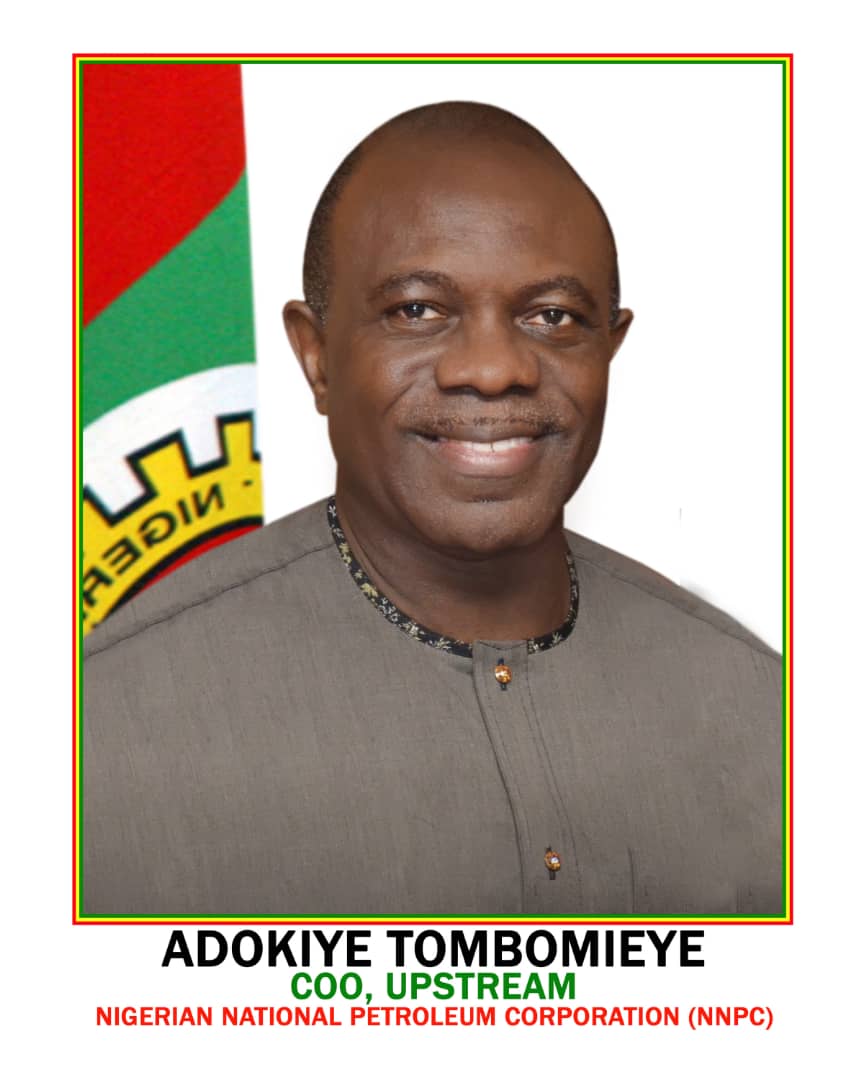 The Nigerian National Petroleum Corporation was the centre of attraction at the Nigerian Society of Engineers’ (NSE) fellowship award ceremony with the Corporation bagging a Special Recognition Award and seven of its staff, including the Chief Operating Officer, Upstream, Engr. Adokiye Tombomieye, conferred with the prestigious Fellowship award.
The Special Recognition Award was given to the Corporation for its robust contributions to the development of the engineering profession in Nigeria, a press release by the Group General Manager, Group Public Affairs Division, Dr. Kennie Obateru, stated.
The President of the NSE, Engr. Babagana Mohammed, who presented the award to the Group Managing Director of the Corporation, Mallam Mele Kyari, at the International Conference Centre, Abuja, said the NNPC was the backbone to the visible development of the country and the engineering profession.
He noted that NNPC has remained committed to offering free training to young engineers through the National Engineering and Technical Company Limited (NETCO) in a bid to assist in providing the manpower requirement in the oil and gas industry.
The NSE boss urged the awardees to keep flying the flag of the NSE in their various endeavours positively, stressing that they are duty bound to serve as role models to others in the society.
The NNPC GMD, who was represented by the Chief Operating Officer, Ventures and Business Development, Engr. Adeyemi Adetunji, said NNPC would continue to play a major role in growing the engineering profession, which he described as is critical to the success of the Corporation.
He said NNPC will remain focused on key projects such as Ajaokuta-Kaduna-Kano pipeline and refineries rehabilitation, to ensure that they are delivered on time, within budget and to specifications.
“This award is in recognition of NNPC’s contribution to the nation’s development and its efforts and drive to improve engineering profession in Nigeria. NNPC as a responsible national oil company will continue to focus on key projects that will deliver optimal value to Nigerians”, the GMD stated.
He applauded the COO and the other staff who were awarded the NSE fellowship, for attaining the peak of the Engineering profession, noting that the Corporation would continue to be a pacesetter in the Engineering vocation as the foremost National Oil Company in Africa.
On his part, the COO, Upstream, Engr. Tombomieye, said the award would spur him to bring his professional expertise to bear on his job by adding value to the Upstream business of the Corporation for the good of the country.
Also speaking at the event, the Managing Director of NETCO, Engr. Usman Baba, said the recognition would spur the company to continue to build the capacity of young engineers in the country and prepare them for the oil and gas industry.
He noted that NETCO offers the young graduates placement and pays them as a way of contributing towards tackling unemployment in the country.
“As the NSE President mentioned, NETCO trains young Nigerian Engineers, as the only indigenous engineering company in the face of this dangerous situation where other companies do not want to train and nobody wants to employ non-experienced staff. So, NETCO has taken the responsibility of training them with pay, so that they can be marketable in the industry. This is one of our major contributions to the industry. As at today, we have brought in about 35 new young graduates of the engineering profession to be trained for the market,” Engr. Baba stated.
Two other NNPC staff who were conferred with the award, Engr. Sagiru Adamu and Engr. Bassey Essiet, described the fellowship award as a dream come true.
Earlier, the Chairman of the Board of Fellows of the NSE, Engr. Felix Atume, congratulated Engr. Tombomieye and the other Engineers on the fellowship award and urged them to uphold the ethics of the engineering profession for upcoming engineers to emulate.
Highpoint of the occasion was the presentation of the awards by GMD of NNPC, Mallam Kyari, to the Minister of Power, Engr. Saleh Mamman, Director of Department of Petroleum Resources, Engr. Sarki Muktar and to the COO, Upstream of NNPC, Engr. Tombomieye.
A total of 120 Engineers were conferred with the fellowship awards at the 16th edition of the NSE award and lecture series, with eight others being conferred with their awards virtually.