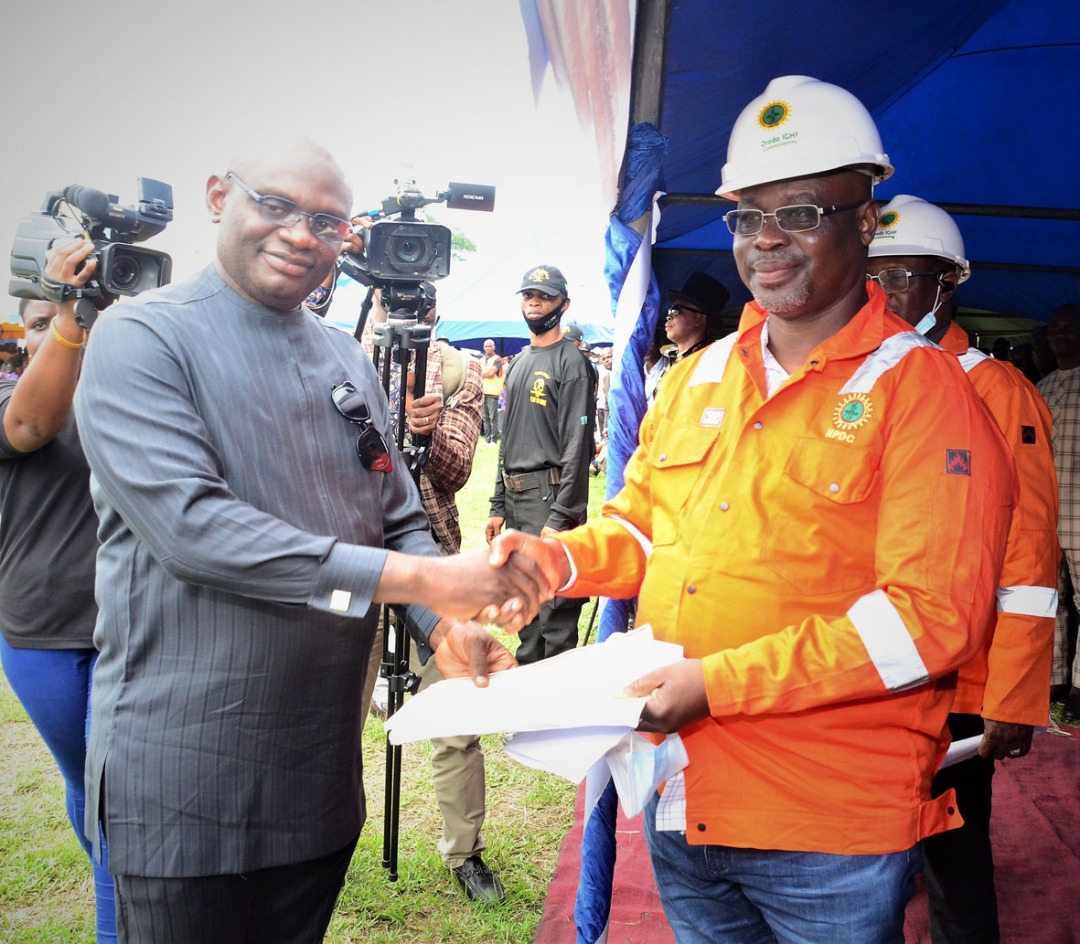 The leaders of Ogoniland in Rivers State under the auspices of the Ogoni Liberation Initiative have pledged to cooperate with the Nigerian Petroleum Development Company (NPDC) in the exploration and production of oil and gas resources in its territory.

The Ogoni leaders made the pledge Tuesday at the Ogoni Liberation Day which held in Bori with the Managing Director of NPDC, Mr. Mohammed Ali-Zarah, as an invited guest.
Speaking at the event, the Convener and leader of the Ogoni Liberation Initiative, Rev. Douglas Fabeke, commended the Court of Appeal for the judgement confirming NPDC as the valid operator of Oil Mining Lease (OML) 11, stressing that the Ogoni people welcomed with great joy the intervention of the Federal Government and the takeover of the oil assets by NPDC following the judgement of the Appeal Court in Abuja.

The Ogoni leader described the judgment that handed OML11 to NPDC as liberation for the Ogoni people, stressing that the people of Ogoni have “looked forward to this freedom over the years”.

He further praised President Muhammadu Buhari for his administration’s commitment to the development of Ogoniland, adding that his people would support all efforts aimed at restoring the environment and exploring its huge natural resources for the benefit of all.

He declared that Ogoni leaders have resolved to eschew bitterness and work with the Federal Government to ensure that the people benefitted from the resources in their land.

“The Ogoni people are ready for oil and gas business in the land to entrench development in partnership with the NNPC and the Federal Government of Nigeria through a transformed template and practical community development delivered by the host communities.

The Ogoni people are ready to do all forms of businesses with the State, Federal and Global Corporate Communities for the development of their land, provided the business is anchored upon Ogoni development,” he said.

He submitted a communique on behalf of the people of Ogoni to the Federal Government as the request of Ogoni people and as condition for the mutual relationship between the people and NPDC.

The communique, among other things, requested that “the issue of clean-up in Ogoniland should be re-visited and the Government should mandate the handling agency to expedite actions and clean the land in tune with the UNEP Report’s recommendation or allow the Ogoni people to bring experts that would perfectly implement the recommendations of the UNEP Report to the letter”
It also called on the Federal Government to expedite action on the provisions of infrastructure to the Ogoni people.

“The Ogoni people will not work under any political manipulation that will affect the development and smooth operation in the land without capturing the interest of the people. We stand by every word drafted here and will implement it to the letter, and also ready to give the Federal Government of Nigeria maximum cooperation to achieve its aim for the success and benefit of the nation and the Ogoni people.” the communique stated.

In his remarks, the Managing Director of NPDC, Mr. Mohammed Ali-Zarah, said the company understood the concerns and yearnings of the Ogoni people and shared in their pain.
He said NPDC and the Federal Government would work with the Ogoni people to bring development, employment and growth to the land, remediate the environment and ensure that future exploration and production activities do not impact negatively on the environment.

Ali-Zarah noted that the large turn-out of people, including traditional rulers, at the event was a huge moral boost to NPDC’s confidence in its re-entry plan.
“Indeed, this is a clear testimonial and demonstration of the strong cordial relationship that has existed between us over the years. This, for us, is our social license to operate in this peace-loving community”, the Managing Director said.

He observed that it was in the best interest of the country to speedily restore the environment of Ogoniland and create the needed condition for the social economic development of the communities.

“As a viable partner, we would join you to pursue the greater good of our people and the nation. We stand with you and would work with you to achieve this within the shortest possible time,” he said.

On the communique submitted by the Ogoni Liberation Initiative signed by leaders of various communities that make up Ogoniland, Ali-Zarah assured them that he would send the document to the management of the Nigerian National Petroleum Corporation for onward transmission to the relevant quarters, including the Presidency.

Oil production operations were suspended in Ogoniland in the early 1990s due to disruptions caused by local unrest. The oilfields and other installations have since largely remained dormant.

Hope was, however, rekindled last week following an Appeal Court judgment that paved the way for NPDC to take over the operatorship of the oil assets in Ogoniland from Shell.

The Appeal Court sitting in Abuja upturned the August 23, 2019, ruling of the Federal High Court, Abuja which held that the Shell Petroleum Development Company (SPDC) was entitled to the renewal of the Lease on OML 11.
In the ruling, the Appellate Court held that the Minister of Petroleum Resources has the discretion whether or not to renew the OML 11 Lease in favor of SPDC. The Court further held that the Minister rightly exercised his discretion in awarding the OML 11 Lease to NPDC, a subsidiary of the Nigeria National Petroleum Corporation (NNPC).

Related Topics:NPDCOgoni People Pledge Cooperation on Oil Production
Up Next