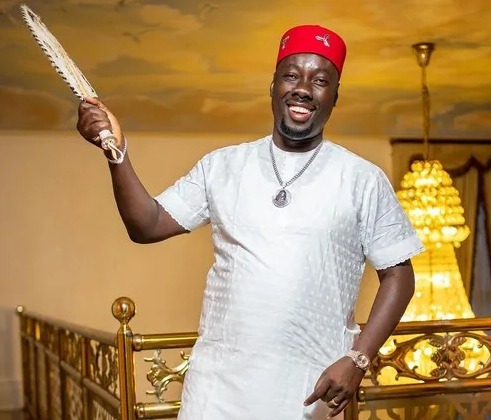 Those who sprayed money at Obi Cubana’s mum’s burial have been defended by Civic advocacy group, Human Rights Writers Association of Nigeria, HURIWA.

NAIJA NEWS NG reports that HURIWA has told the Godwin Emiefele led Central Bank of Nigeria to leave those who sprayed money at the burial ceremony and focus its energy on finding the sponsors of terrorism.

HURIWA speaking through its National Coordinator, Emmanuel Onwubiko , said the way money was sprayed should not become the talking point.

“The fact that friends and well-wishers who attended the event decided to show appreciation to Mr Obi Cubana, we in the Human Rights Writers Association Of Nigeria, think it should not become the talking point.

The Central Bank of Nigeria under the current dispensation should rather be tasked by the media to confront the much more disturbing issue of how terrorism is funded and how armed kidnappers made up of Fulani militia in the North carry out their terrorism-related activities.” the statement in part reads