by Admin
in TECH

The Oniru of Iru/Victoria Island, His Royal Majesty, Oba  Gbolahan Lawal, has commended Dr. Mike Adenuga Jr. and Globacom for the life-changing initiatives they have always brought the way of subscribers across the country.

The traditional ruler, who was at the Adeola Odeku Gloworld to present the key of a brand new car to the winner in the ongoing Glo Festival of Joy promo, commended Dr. Mike Adenuga for the several rewarding initiatives he has introduced and sustained in the telecoms space in Nigeria, adding that many people have, over the years been opportune to win big prizes from Globacom just for using the company’s services. 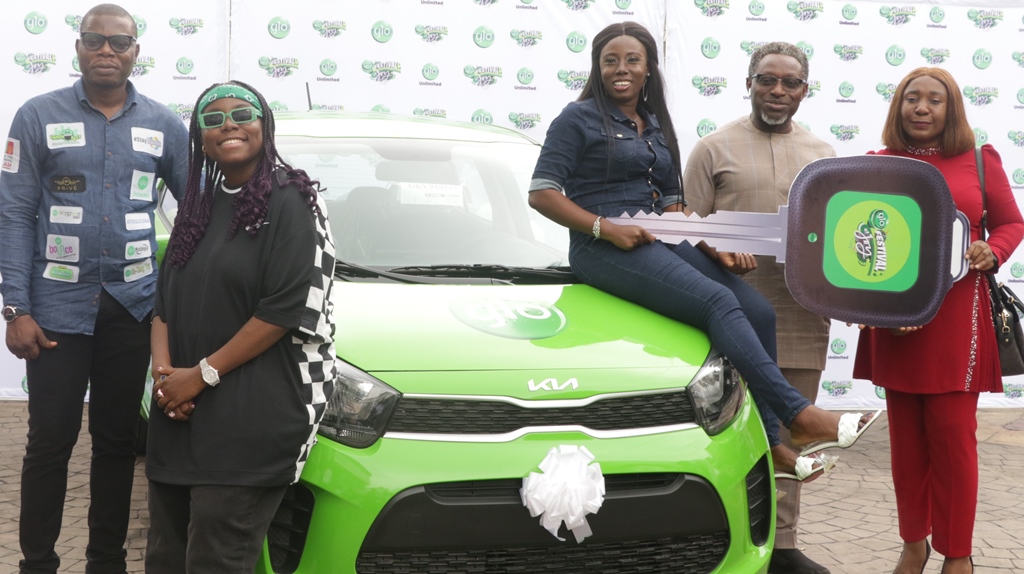 “It is a good thing the company is doing today to reward its subscribers with such amazing prizes such as houses and brand new cars now”, Oba Oniru said.

At the presentation, a Lagos-based businesswoman, Vivian Nkiruka Chukwuleke,  became the latest winner of one of the 24 brand-new cars on offer in the ongoing Glo Festival of Joy promo.

She was among the scores of winners who took home their prizes on Tuesday, November 29, at the Gloworld on Adeola Odeku Street, Victoria Island, Lagos.

Chukwuleke,  who resides at Ibeju in Ibeju Lekki Local Government Area of Lagos State, recalled her initial skepticism when Glo officials called to inform her that she had won a brand new Kia car in the Festival of Joy promotion.

“I first got a call from someone who introduced herself as a Glo official and said she was calling from the venue of the draw and that I had won a car. I was scared at first, knowing that scammers could also be trying to con me. But when I was told to take my documents to the Gloworld nearest to me, I knew that I had actually won the car”, she said, adding that the car from Globacom become a fulfillment of a prayer her pastor prayed for her a few months ago that something big was coming her way.

Olubunmi Idowu Jayeola, a civil servant, said her prize of a Generating Set would help her improve the business she recently started as a side hustle. 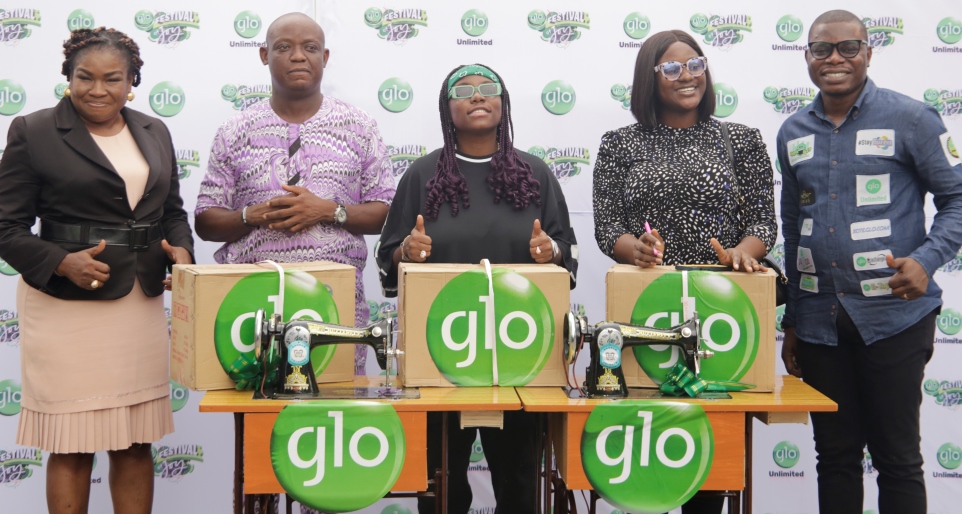 In his own case, Elijah Ibagbeola, a Travel Consultant, his prize of a Sewing Machine was much expected as it would come in handy for his wife, who is a Tailor. “I am so happy to be here and I am also happy that Globacom is rewarding subscribers in this manner”, he said.

Alli Morufu, a Generator repairer from Ilasa, Lagos, who won a Rechargeable Fan, confessed that he was excited about the prize because he had never won anything in any promo before, a situation that had eroded his belief in promos. But once he confirmed that he won a prize in the Glo promo, that mindset gave way.

“I have been a loyal and consistent subscriber of Globacom and it is great to have won something now,” he said.

In his remark at the presentation ceremony, Mr. Moses Iyi, Assistant Director at the Nigerian Communications Commission (NCC) the promo was sanctioned by the regulatory body and that the NCC has been monitoring the processes to ensure that subscribers are adequately rewarded.

“It is not a jamboree, it is not fake, it is real as it was approved by the government. If you have won anything, you are sure to get your prize you can be rest assured”, he disclosed.

Equally, the Head, of Legal Services at the National Lottery Regulatory Commission (NLRC), Gloria Ireka, said the commission has been monitoring the processes of the draws and presentations by Globacom and commended the company for being faithful all along. “All I want to do is encourage them to keep it up”, she advised.

Money Rain : With £172.9m-a-year deal with Al Nassr’ Cristiano Ronaldo will ‘become the highest-earner in sport

100 Happy New Month Of December Messages, Wishes & Prayers For All

100 Happy New Month Of December Messages, Wishes & Prayers For All