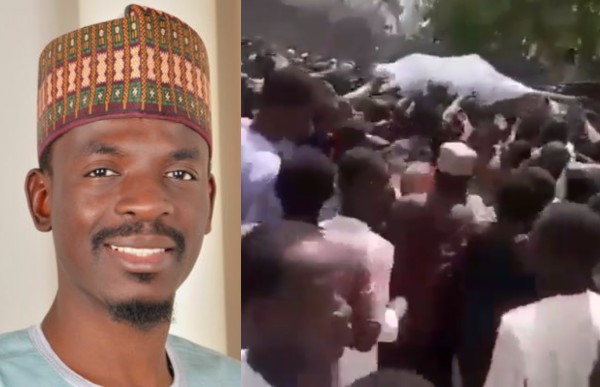 Bashir Ahmad, Buhari’s media aide has debunked the rumor that the viral video of unidentified people trying to touch a dead body was the burial ceremony of Emir of Rano.

Emir of Rano, Alhaji Tafida Abubakar III, was hospitalised before he died of undisclosed ailment .

Some Northerners have alleged that the Emir’s death is shocking since he is one of the four Emirs Kano Governor, Ganduje created after destroying the original Emir of Kano’s throne and dethroning Sanusi Lamido Sanusi .

Bashir Ahmad a citizen of Kano State tweeted that the Emir was buried quietly with not more than 20 people in attendance.

The remains of late Emir of Rano buried inside his Palace approximately an hour ago, with less than 20 people attended the burial, but a fake video of thousands people has been trending throughout the day, purported to be his burial, it was not, Rano Emirate official told me.

How I Infected Four People With COVID-19 -El-Rufai

Nigeria Will Not Return To Normalcy Until 2021 – NCDC