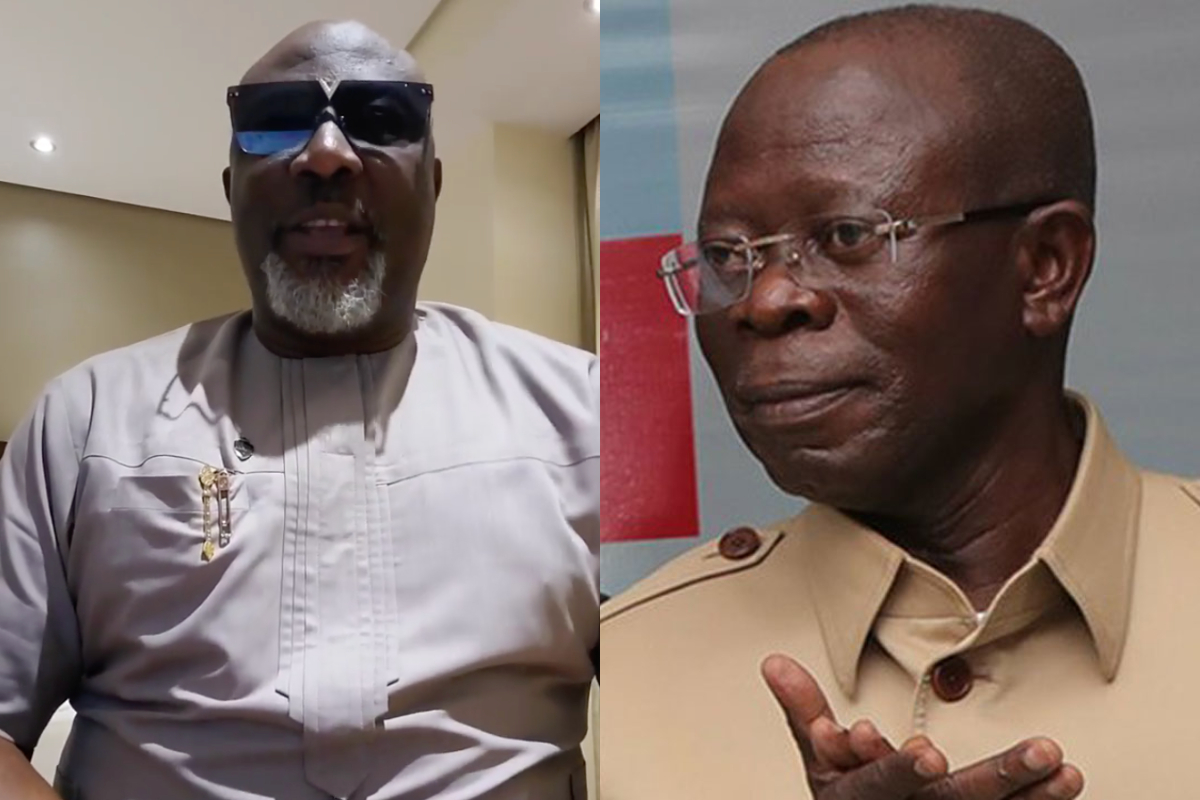 Dino Melaye has shaded the former Chairman of the All Progressive Congress whose party lost the just concluded Edo governorship election.

NAIJA NEWS NG reports that the Senator who represented Kogi West Senatorial district in Kogi State has said that Oshiomhole has been downgraded to Osho pikin .

Dino Melaye said the man who used to be called Osho baba is now Oshopikin. This is coming after Ize-Iyamu lost the governorship election held on September 19 in Edo State . Dino said this with a song in his usual manner.

After the defeat of the APC in Edo State , a comment made by former Senate President , Bukola Saraki, reemerged. Saraki said that while he has kept his cool about the former Chairman of the APC, Adams Oshiomhole , he had always known he will dance naked in the market square one day.

, Mr Oshiomhole, I have always known that a day is coming when his masquerade will dance naked in the market square.” Dr. Bukola Saraki