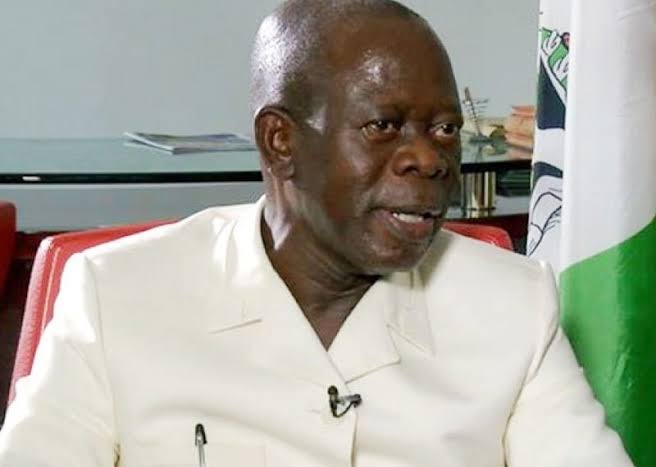 Adams Oshiomhole has revealed what he will do if presented with the opportunity to lead APC again.

NAIJA NEWS NG reports that Oshiomhole said he will reject the offer.

The former Governor of Edo state who said he remains proud of the achievements of the party’s national working committee (NWC) under his leadership in a statement released on Monday December 7, affirmed that he has instructed his lawyers to withdraw the suit challenging his suspension from the party.

“I instructed my lawyers to withdraw the suits challenging my purported suspension from office by the proxies  of those bent on removing me as chairman.

“It is, therefore, the height of mischief  to insinuate, as it is being done in some quarters, that I would publicly accept the decision and later surreptitiously seek to contest it in court.

“That chapter of my political life is closed. Even if another NEC decision or a court order reverses the dissolution, with utmost humility I will decline to return as APC chairman.

“I am proud of the accomplishments of the NWC under my leadership and I am grateful to the principled 18 members who worked as a  team committed to the cause of the party. Above all, I bear no grudges against any one for the manner of my removal.”

Channels Tv Reacts To News Of Staff Who Beats His Wife