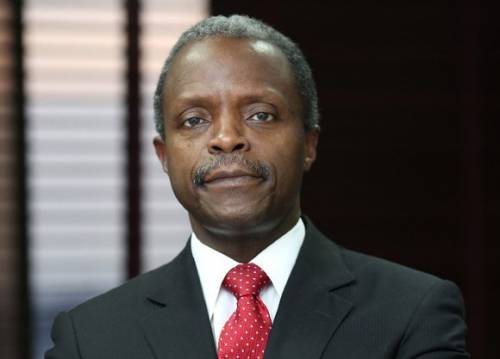 Speaking at the maiden edition of the national MSMEs award, he said under the programme, operators would be given loans from N2million to N10million with little or no collateral for five or seven years.

Osinbajo also said the government has partnered with the Central Bank of Nigeria and commercial banks to launch a credit facility.

The Vice President said all that the MSME operators required was a bankable business proposal and guarantors.

He said the government was also exploring an initiative to allow a special window of 90 days for MSMEs, who have not registered their businesses to do so at a highly subsidized price.

“This is a special initiative of the Corporate Affairs Commission,” the Vice President said.

Osinbajo also announce that, in addition to the One-Stop-Shops that have been launched in some states to carry on the MSME Clinics interventions, they will shortly be launching  Shared Facilities for MSMEs Initiatives, in partnership with BOI, FIRS, NEXIM, NEPC and the private sector led by Access Bank.

Indomie presents Trace In the City#xpressyourstyle!