The magnificent entrance of the governor of Abia State's son, Okezie Ikpeazu, to an event has sparked outrage online.

The magnificent entrance of the governor of Abia State’s son, Okezie Ikpeazu, to an event has sparked outrage online.

After the video went viral, Chinedu Ikpeazu, who is reportedly 21 years old, has been trending on numerous social media sites.

The governor’s son is seen entering the site with a large motorcade that includes vehicles that have police escorts.

Gunshots ring out to welcome the 21 years old son of the state governor, who is seen being greeted by women.

Nigerians were outraged by the big arrival and resorted to social media to point out that there were a lot of workers in the state are still being owed arrears in salaries, yet the governor’s son is receiving praises from the people. 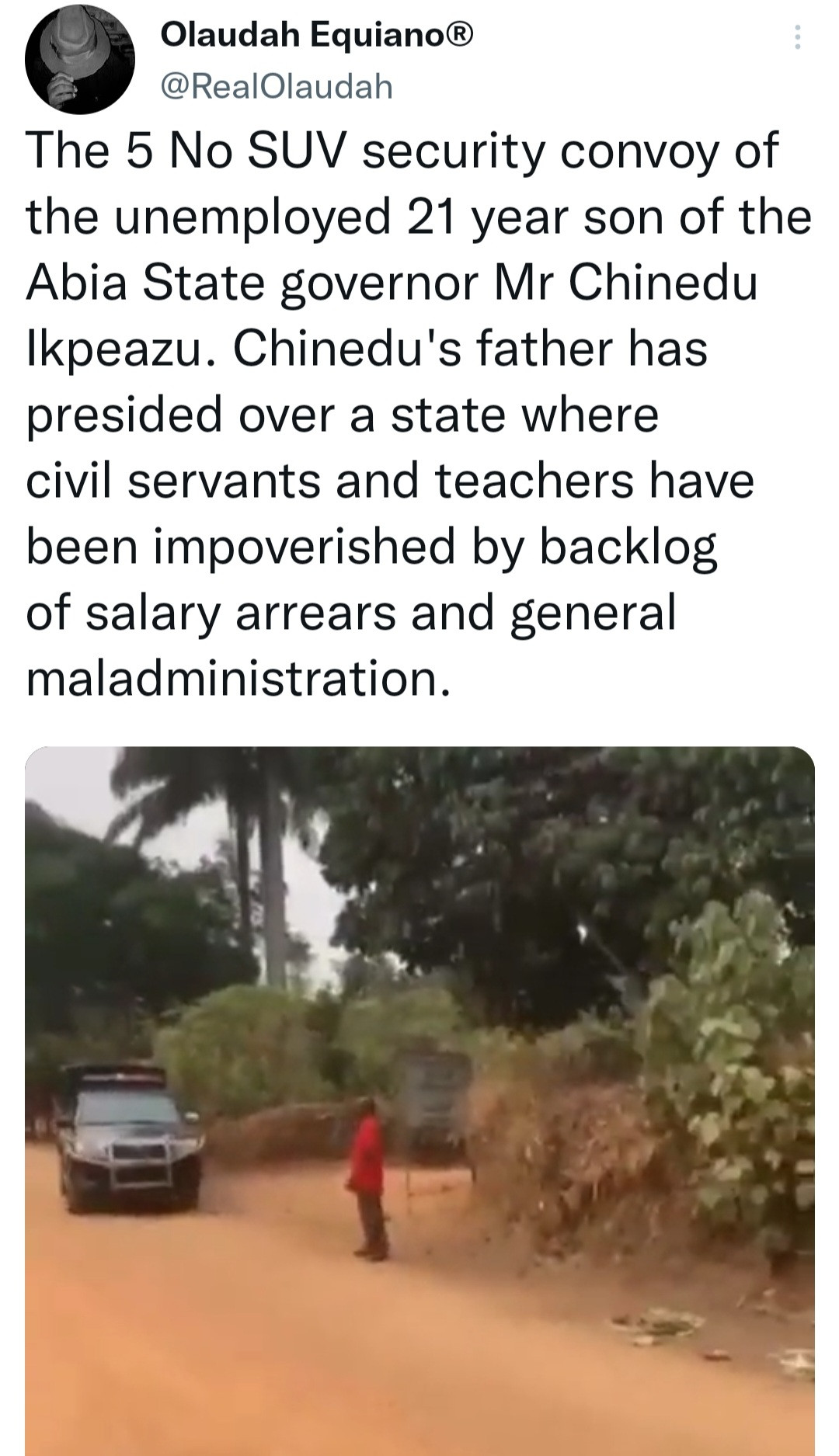 Grace Nation: God is not Rich, Wealthy nor Poor, but own Everything on Earth including Human Beings – Dr Chris Okafor