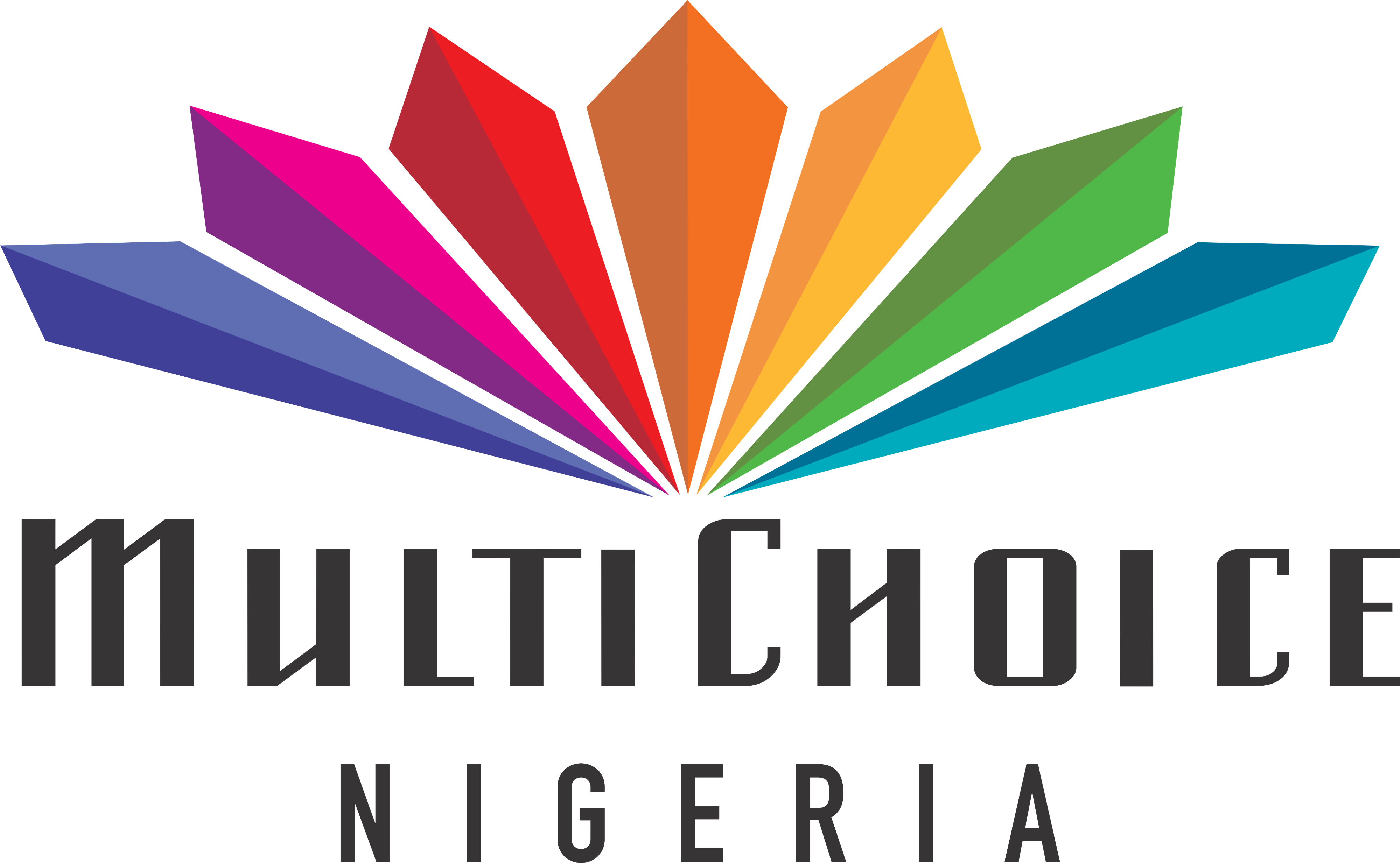 Naija News NG brings you what you get from pay-per-view on Multichoice . Read below:
One afternoon some weeks back, a call from a secondary school mate roused me from my lockdown-induced siesta.

My mate, an excitable guy from way back, wanted to share with me a piece of news he thought I had not heard.  “What is it?” I asked groggily.

He said Festus Keyamo, Minister of State for Labour, had urged DStv, GOtv and StarTimes to give subscribers free subscription for at least one month as a way of lessening the economic impact of the lockdown imposed by the COVID-19 outbreak. I told him I had seen Keyamo say that on Twitter.

My friend thought it was a very bright idea but wanted to know what my view was. I took the liberty of our closeness since our pre-teen years to tell him he was talking unadulterated tripe. Of course, he responded in similar fashion, saying: “Foolish boy” (he’s always called me that, anyway).

I got serious after our playground-level exchange, telling him that I thought DStv, GOtv (promoted by MultiChoice Nigeria) and StarTimes could assist Nigeria better by donating money and test kits (the latter was in short supply) because the country needs to arrest the spread of the virus.

He responded, saying (in jest, of course): “You’re capable of being bright, but it doesn’t happen frequently.”  MultiChoice would later announce a support package totaling N1.2billion, which is not the issue here.

My friend was not done. In addition to whatever donations they might make to support the government’s effort at containing COVID-19, my friend suggested, MultiChoice should introduce the Pay-Per-View (PPV) model, which he believed would help about 40million subscribers pay less for pay television services.

He actually added that the system has always been in operation in South Africa, which I immediately told him was nonsense. I asked him if he seriously believes that there are 40million pay television subscribers, let alone of DStv and GOtv in Nigeria and asked him for evidence in support of his claim.

He started talking about hotels, offices, homes et al. I told him whatever is asserted without evidence is dismissible without evidence just before he ran out of airtime. I had to call him back. When I did, I asked him how he thought PPV works.

He replied, saying: “We will only pay for the channels we watch, not for those we don’t watch, especially when there is power outage, we are at work or out of town.” It was my turn to counter-punch and I did with glee. “Is that what you’ve been reading with those onion-size eyes of yours? Stop listening to newsstand discussions,” I replied.

He countered with the popular notion that pay television operators should operate the pay-as-you-go model in telecommunications. At that point, I knew my friend-like many other people I encounter on social media platforms-is in the grip of serious misapprehension. And I told him so.

Of course, he responded with a friendly fusillade of abuses.

When the fumes of his words dissipated, he admitted that he had a prefabricated view of pay-per-view, which he acquired from the media, especially social media.

Before the lockdown, my friend had been following developments in the House of Representatives where a member, Uyinem Idem, moved a motion seeking to compel pay television operators to ditch the monthly contract model for pay-as-you-go (sometimes called pay per view).

Relying on uniformed tittle-tattle, Idem based his position on the assumption that pay-as-you-go is the model used in some countries where MultiChoice, the biggest of the pay-television firms, operates.

He is also persuaded, like my friend, that MultiChoice’s subscriber base in Nigeria is the largest in Africa by a country mile. Well, I quickly informed me that there is no pay television service provider in the world that operates a PAYG model. None.

The lockdown stopped proceedings on that motion but since the resumption of the House, it has bounced back and is spinning Idem and some of his colleagues really giddy. On Tuesday, the House inaugurated an ad-hoc committee on non-implementation of the pay-as-you-go model, with Idem emerging as Chairman.

“We have interacted with Nigerians and what they want is pay-as-you-go, so that when they are out in their respective locations, their subscriptions can be there and they will make use of it when they return,” said Idem while speaking to journalists shortly after the committee was inaugurated.

Idem added that his belief that customers must be able to choose what they want (whether or not that is possible) was his main motivation for moving the motion.

Idem, it is safe to say, has read the manual for crowd pleasing authored by the 8th National Assembly, which mastered the art of pretending to fight for Nigerians even on matters it has little or no knowledge about.

Before I return to my friend, I wish to point out that prices of many goods and services have gone up, notably since the implementation of the new VAT regime began on 1 February, but the House has never once demanded that providers of such should continue to make such available at the same price.

Now, I return to my friend. I shared with him what I know of pay-per-view and he realized it is not the same as what he assumed it was. In case, just in case, you are like my friend, I urge you to pay a little attention and your view (of PPV) will never be the same again (pardon the doctrinal allusion).

Full disclosure. I was also like my friend: I remained incurious and shut my mind to anything that went against what I held to be true.

So, what is PPV and how does it work? The fool’s explanation given to me by the first person to free me of my ignorance about PPV is that it is a television service requiring viewers to pay a fee in order to have access to a specific programme.

PPV enables everyone who pays a fee to have access to the programme at the same time. It is not the same as video-on-demand service (VOD), which enables viewers to watch pre-recorded programmes when they want.

The model is essentially used to live-broadcast one-off, big-ticket events such as epic boxing, wrestling and football matches as well as entertainment events.

Also, if you pay for, say, a boxing match on PPV and you do not watch, no refund is made.  Of course, you also do not get a refund if a 12-round boxing match ends in the first or second round.

PPV, to cut a long story short, is not the same as pay television. Is it cheaper?  Let’s do the math. Thankfully, the Internet is there to bear witness these days.

Two years ago, the Floyd Mayweather/Connor McGregor bout was available for $99.99 and $89.99 in high and standard definition respectively. In 2015, the Mayweather/Manny Pacquiao clash was sold via PPV to viewers in the US for $99.5.  The three fights were watched on DStv in Nigeria at no extra cost to subscribers.

Often, PPV is used interchangeably with pay-as-you-watch, which is ripped off the telcos billing model.

Telecommunications operators do not pay for entertainment content because that is not their business. What they buy is a spectrum, for which they make a one-off payment. Pay-TV operators, except ones that don’t plan to survive, continue to pay for content, usually at eye-wateringly high costs every time the contracts come up for renewal.

Equally importantly, content owners/creators do not sell to pay television operators, which are vendors, on pay-as-you-watch basis. The terms of content redistribution contracts are notoriously stringent, leaving pay TV operators with no wiggle room.

A major reason for the pay-as-you-watch clamour is that monthly contract system is inflexible and condemns subscribers to being billed whether or not they are watching. It cannot be otherwise.

The technology used in Pay TV broadcast transmits signal is called the downlink. It transmits a signal in one direction: to the decoder; not to the operator.

This means the operator is unable to know whether or not not a subscriber is watching or what is being watched. The only thing a provider’s automated system can do is to prevent the smart card from accessing signal at the expiration of the subscription.

Enjoy that party vibe with the Africa Magic “Owambe” Groove

6 Educational Programmes To Keep The Children Learning on GOtv