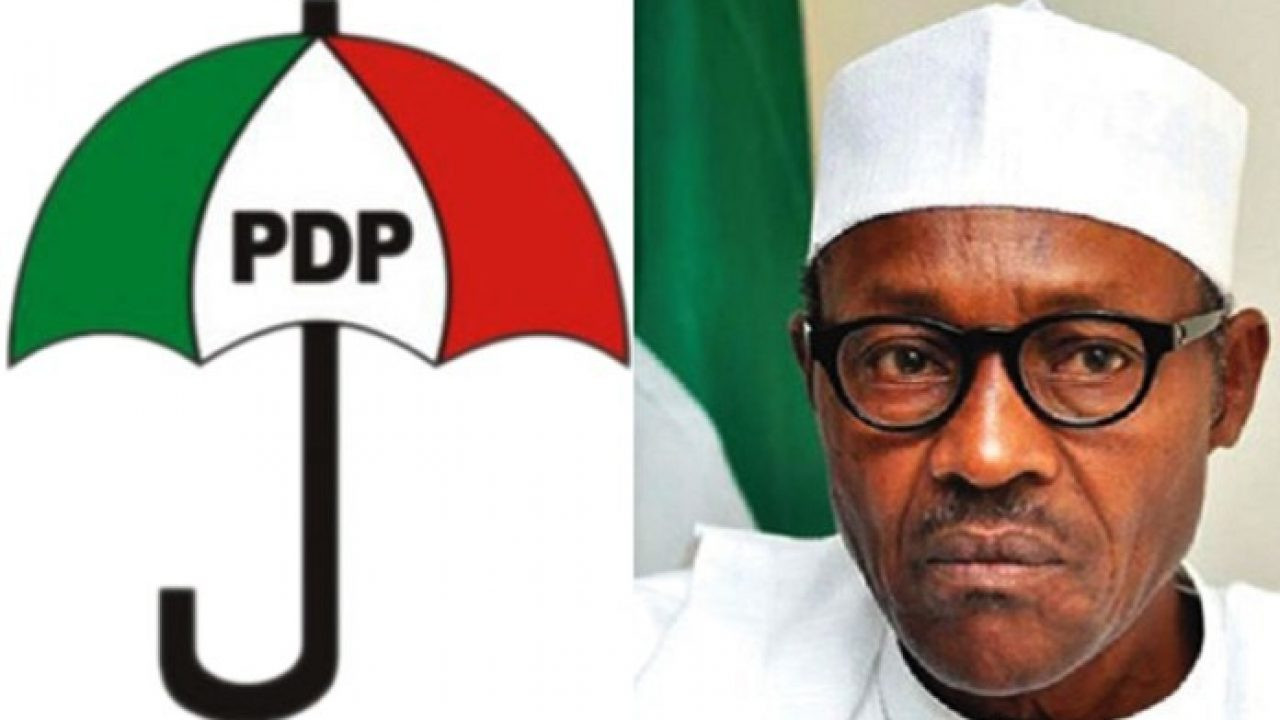 PDP has addressed the shooting in Aso Rock Villa, the opposition party said Buhari has lost control of the nation.

Naija News NG reports that the opposition party said the ugly situation in Buhari’s presidency has raised apprehensions in Nigeria.

“Our party is disturbed by such ugly situation in the Buhari Presidency, which has already heightened apprehensions in the public space over the apparent failure of security architecture and central command system in the presidency leading to such reckless and irresponsible breaches.

“The chaotic situation in the Presidential villa only points to the failure by President Buhari to provide a leadership that can guarantee orderliness in governance and effectively ensure the security of our nation.

“The PDP notes that such leadership failure at the highest level has further exposed why our nation has been bedeviled by myriads of security and economic problems under President Buhari’s watch in the last five years.

“More worrisome is that the Buhari Presidency had failed to speak out on the frightening situation so as to reassure Nigerians and douse the tension in the polity; especially at this critical time when our nation is facing serious security challenges.

“The PDP therefore calls on President Buhari to take immediate steps to restore order in his Presidency and shield our security system from the division and power tussle among persons close to him.

The party through its spokesperson Kola Ologbodiyan demanded that the President set up an immediate inquest to unravel the security breaches and alleged violation of COVID-19 inter-state travel ban.

“Our party also demands for an immediate inquest into the security breaches as well as the alleged violation of COVID-19 ban on inter-state travels by officials and relations of Mr. President, which was reported to be part of the immediate causes of latest disturbances in the Presidential villa.

“Furthermore, the PDP urges the National Assembly to save the nation by wading into the persistent infighting in the Buhari Presidency especially as those in charge of the Presidential villa have not demonstrated the required capacity to engender the needed orderliness for productive governance.”

As at press time, the ruling party , All Progressive Congress, has not responded .