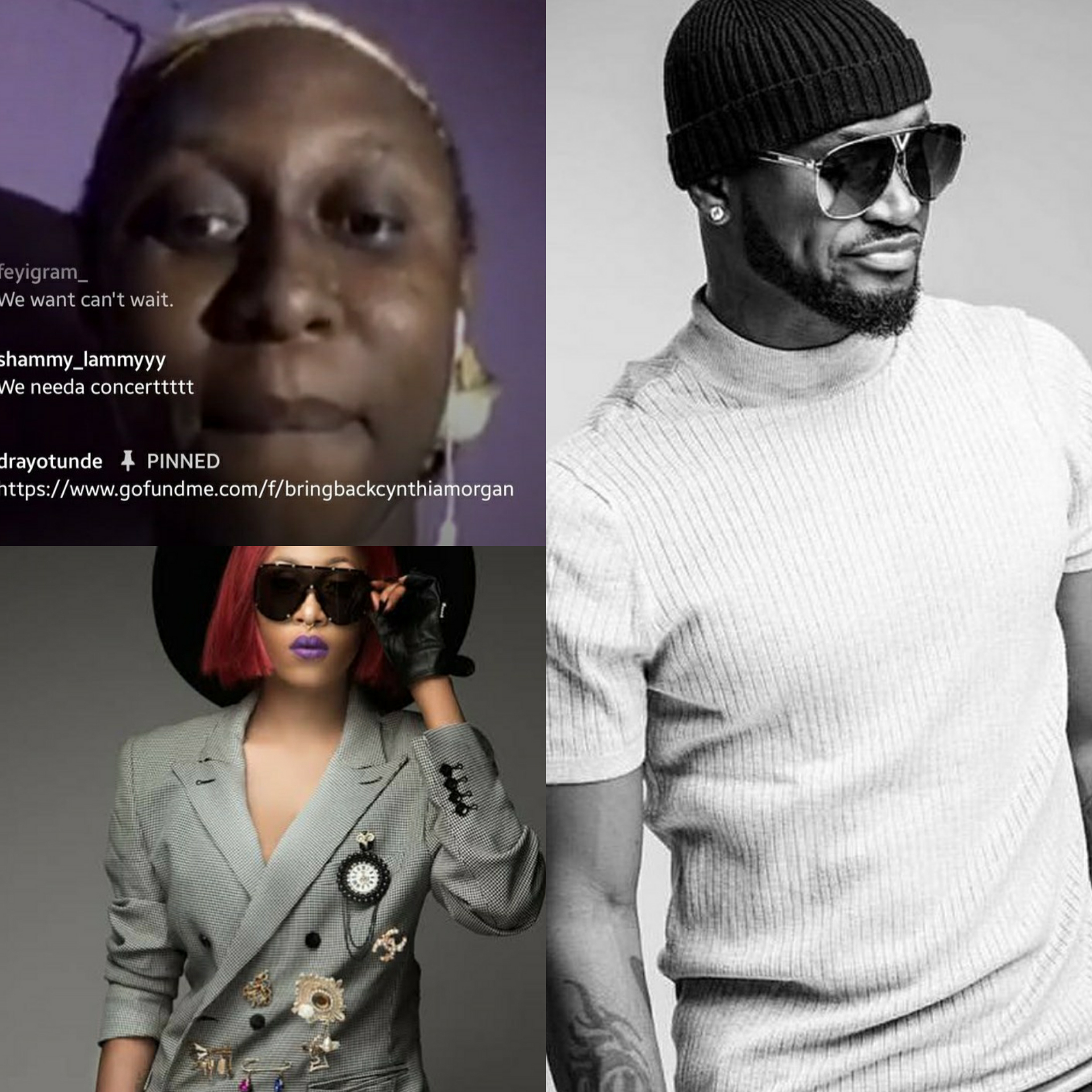 Cynthia Morgan’s cry out on an Instalive chat has getting the momentum that could change things for her . One of the brothers of Jude Okoye whose label, Northside Records, destroyed her life, Peter Okoye, responded to Cynthia Morgan saying she was made to reject the contract he offered three years.

NAIJANEWSNG reported earlier how Cynthia Morgan narrated how she lost everything in an Instalive session, we also told you that she said she lost her stage name, Instagram account, royalty and VEVO account due to the contract she signed with Jude Okoye.

Reacting to Cynthia’s disclosure, Peter Okoye revealed that he also decided to cut off the relationship he had with his elder brother and twin brother Paul Okoye 3 years ago, to be free. He also recalled how Cynthia Morgan rejected the contract he gave her because “they” made him look like the bad egg.

Peter encouraged the dancehall star never to give up and also to understand that God has a purpose for everything. He tweeted;

My dear C Morgan, The decision i made 3yrs ago was never about the fame,money or power! It was for my FREEDOM!

Sad you rejected the contract i gave u. Just because they made you see me like the bad egg. I pray you understand that God has a purpose for everything. Never give up

The Truth shall prevail. God will surely see you through C Morgan… Gnight

And some people thought i was stupid when I made the right decision. My dear C Morgan! it’s never to late to be what you might have been. God will surely see you through and carry you through the storm. Keep believing

Related Topics:cynthia morgan
Up Next