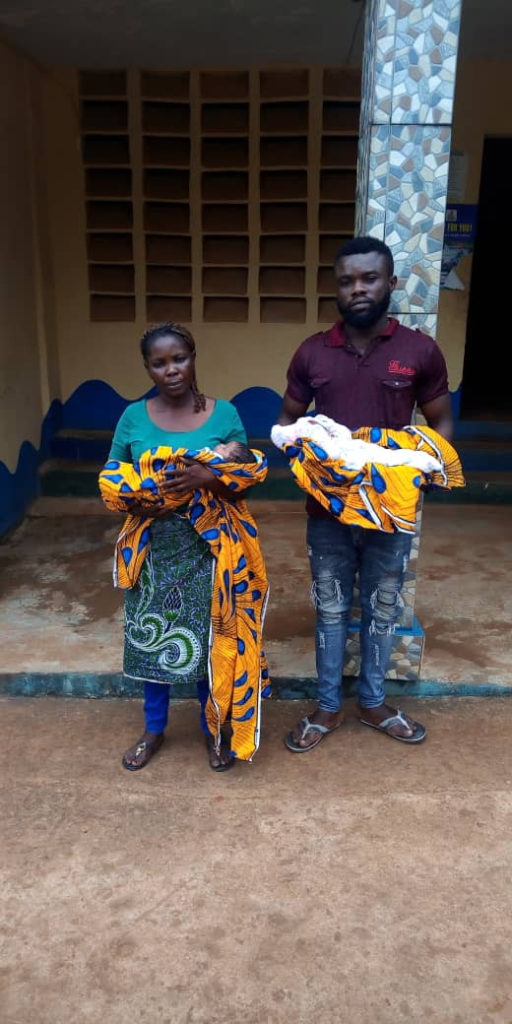 Chijioke Chukwulota a 31 years old man has been arrested by Anambra State Police Command for selling his set of twins.

Chijioke Chukwulota fathered the set of twins with his ex-girlfriend pictured with him.

NAIJA NEWS NG gathered from the statement released by the Spokesperson of the state police command, SP Haruna Mohammed by that Chijioke allegedly deceived his ex-girlfriend to come to his house on August 8 with the two months old set of babies .

He sold them to a woman called Tina Ibeato, 31 from Imo State who paid him one hundred and fifty thousand Naira (N150,000) only.

The Spokesman of the Anambra State Police Command, Haruna , said the children have been recovered and in good condition. The suspects, Chijioke Chukwulota and Tina Ibeato have been arrested.