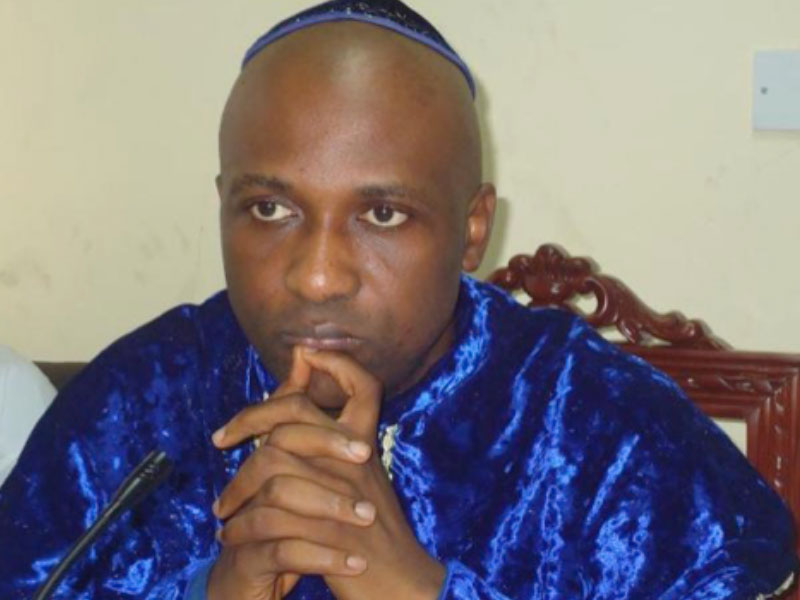 Primate Ayodele has released his spiritual interpretation of what is happening in Edo APC .

Naija News NG can report that the Prophet has said Adams Oshiomhole has tactically eased Godwin Obaseki out but he suggests  Obaseki has to restrategize for the battle ahead.

The Founder of  INRI Evangelical Spiritual Church revealed that Governor Obaseki needs serious prayers and God’s involvement if he wants to win this battle. He also said that the worst is yet to happen as this power tussle might take many lives .

The man of God said :“They will take each other to court, the worst is yet to come in Edo primaries because Oshiomhole is ready to drag Obaseki through the mud and make him irrelevant in politics.

‘’My advice to Obaseki is that he should restrategize, involve God into it, intensify in prayers but as a matter of fact, Oshiomhole has eased Obaseki out of the game. He will use all avenues to get him out. He must use all means or else he will be chicken out. He should make a better consultation with his group and God.

“If care isn’t taken, there will be bloodbath, both parties will fight dirty before the election and after the election,” Primate Ayodele explained.

Primate Ayodele declared that a fake result is already penned down that doesn’t favor Obaseki . He said if the Governor comes out victorious , he will become a hero but it won’t be an easy an victory. He also said the All Progressive Congress has learnt nothing but will a bitter lesson in Edo State and Ondo State.

“If Obaseki succeeds, he will become a political hero but to succeed isn’t an easy thing. Oshiomhole will see it as a slap, he has ease Obaseki out of the game, he can’t fight it alone, he needs divine guidance to fight it, there is a written result already, it will cause a lot for APC. APC will be seen as a thuggery party. APC has not learnt lesson, they will in Ondo and Edo, their unity is threatened,” he said.

In a funny twist the prophet suggested that both of them should sacrifice their ambitions and allow other contestants to go in for the Edo gubernatorial election.