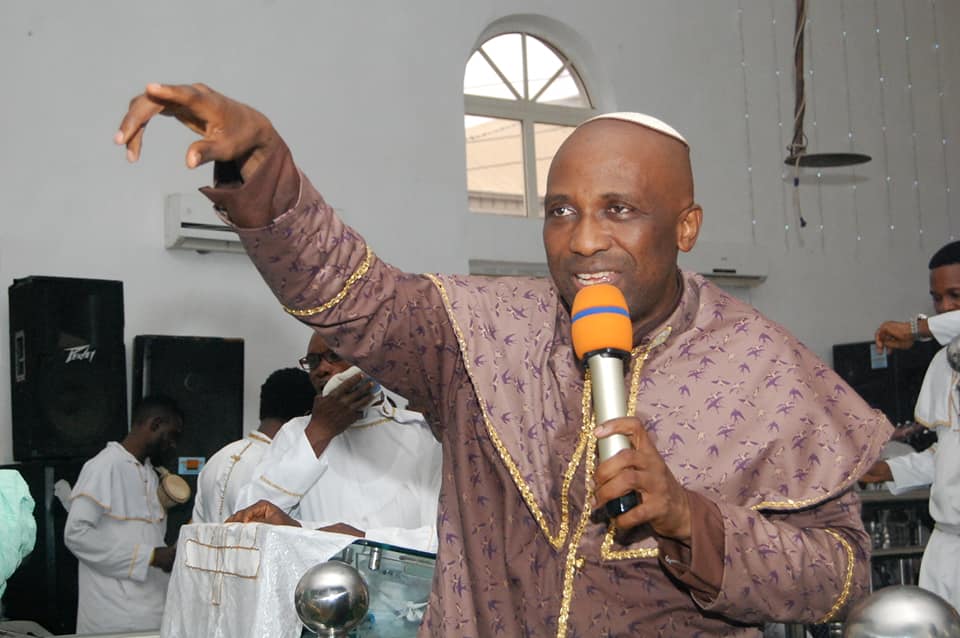 Primate Ayodele, the leader of INRI Evangelical spiritual church is in the news again after some of his prophecies came to pass.

On Decemebr 26, 2019, Primate Ayodele released his 2020 Prophecies to pressmen at his Lagos church, which is a culture for him.

Among these prophecies include the current happening in Mali and the viral story of a fire incident that took place in the palace of Ooni Of Ife earlier today.

In his prophecy about Mali, Primate Ayodele explained that he sees a gang up against the president and that the country needs to pray against challenges.

‘’ MALI: There will be gang up against the Malian president. The country should pray against protests and disorderliness’’

As he warned, the beginning of this week has witnessed a tensed political atmosphere in Mali whereby the Military arrested the President, forcing him to resign his position as the president.

Let us pray not to lose two kings, Emirs, Ezes and of course let’s pray so that no King is dethroned. The government will want to reduce the strength of the Emir. They should pray against running into unexpected crisis. Let us pay against fire outbreak in any of the palace. There will be confrontation between the government and the traditional ruler’’

As he accurately said, news making rounds this afternoon has it that the some part of the palace of Ooni of Ife, Oba Adeyeye Ogunwusi was on fire, though there was no casualty recorded.

No doubt, Primate Ayodele is one of the most accurate Prophets in Africa. His prophecies confirmation have proven him to be true.

Ikedi Ohakim And His Mistress Fight Dirty In Abuja Hotel