Reaching out to the poor is our mandate - BAT Foundation

The director general of the Bola Ahmed Tinubu Foundation, BAT Foundation , Hon. Ipoola Omisore, has said the organisation is poised to reduce hunger as much as possible.

Omisore stated this when he spoke with some journalists in relation to the foundation’s donation of rice to IDP camps in Borno.

The Foundation also recently reached out to three orphanages in Lagos with food and other items.

According to BAT, the donation of the food to the IDP was facilitated by the Speaker of Lagos State House of Assembly, Rt. (Hon.) Dr. Mudashiru Obasa and some others including Bolaji Ariyo, Ajala Razaq and Kolade David, all local government council chairmen in Lagos.

Earlier speaking on the gesture, the Director-General of the Foundation, Hon. Ahmed Omisore, said the rice had been bagged for ease of distribution among the IDPs.

According to him, “the donation of the food items is a gesture to show that the former Governor of Lagos State, Asiwaju Bola Ahmed Tinubu, is much concerned about the well-being of all Nigerians, wherever they may be living.”

Omisore noted that the Foundation was established purposely to cater for the needy in the nation’s six geo-political zones.

He further stated: “The Foundation is an advocate of peace. It is founded purposely to cater for the people especially the less privileged ones in our society.”

“It stands for what Asiwaju Bola Ahmed Tinubu is, a lover of peace and advocate of poverty free society. The gesture should be seen as a reflection of his passion to make sure everybody in the country are free of hunger.” Tinubu, through this Foundation,has been supporting people in various capacity across the country.

“We know the current need of the Internally Displaced People is food and that is why the Foundation is donating trailer loads of rice to the IDP camps in Maiduguri. This is just the beginning of a gesture that will automatically get to other parts of the country,” Omisore declared.

For the orphanages that were recently visited by the Foundation, Omisore urged well-meaning Nigerians including the rich to always find time to visit and help the needy.

Noting that the materials donated to the three orphanages were also facilitated by Obasa, the director general thanked the Speaker and said he and his team felt fulfilled seeing the joy in the faces of the children and their supervisors during the visit.

Barrister Mobolaji Sanusi, director of media of the foundation, also reminded that “Just recently, the Foundation donated a brand new 18-seater bus also facilitated by our amiable Speaker Obasa to the Nigerian Union of Journalists, Lagos chapter. Our programmes are in batches and we shall continue to execute them one after the other.”

Sanusi further stated that the food items were “donated to support the effort of the Borno State Government in feeding the displaced persons in their various camps.”

He also said the Foundation represents the “good deeds of Asiwaju Bola Ahmed Tinubu as a compassionate and generous leader with bias for catering for the well-being of the less privileged.”

He revealed that the Foundation has different programmes for all people in different categories which would be executed in phases. 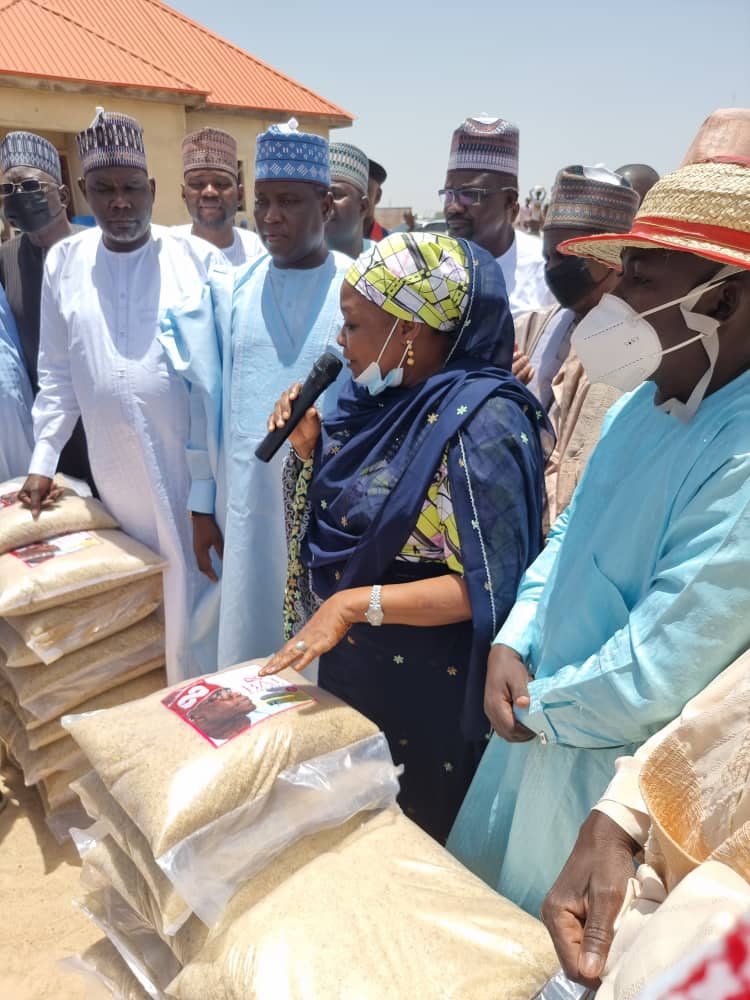 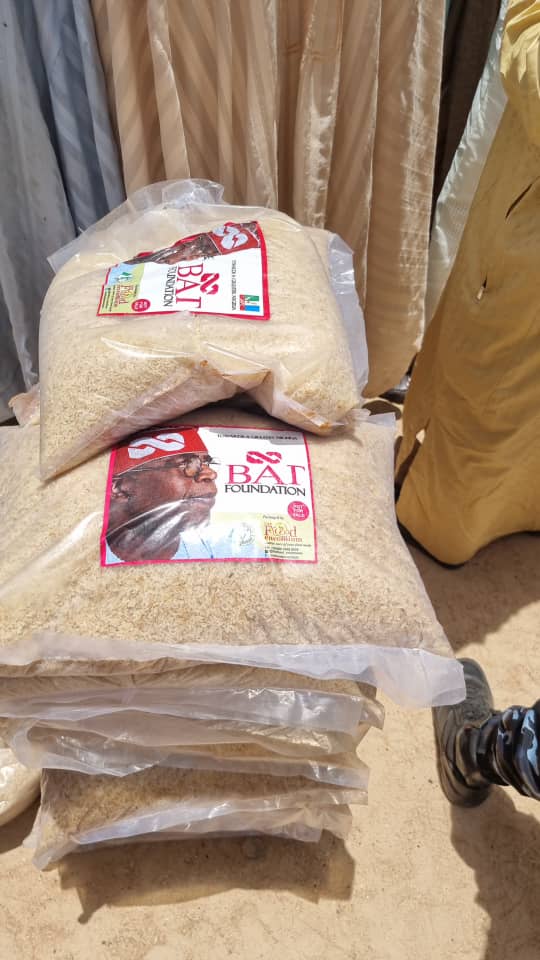 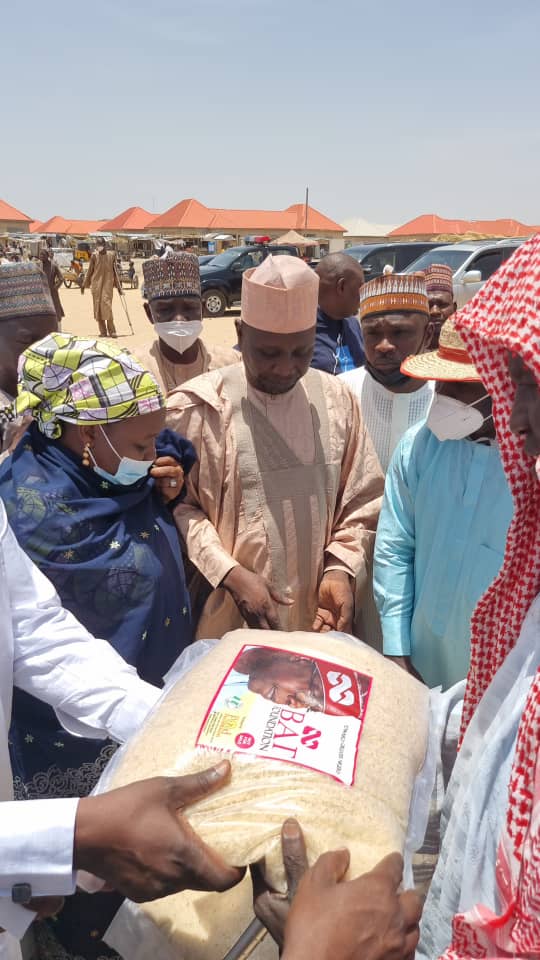 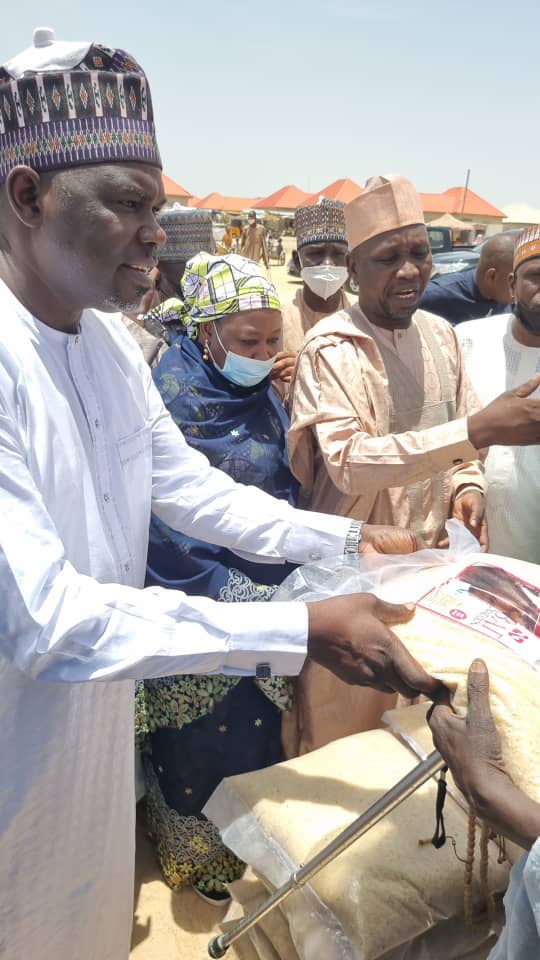