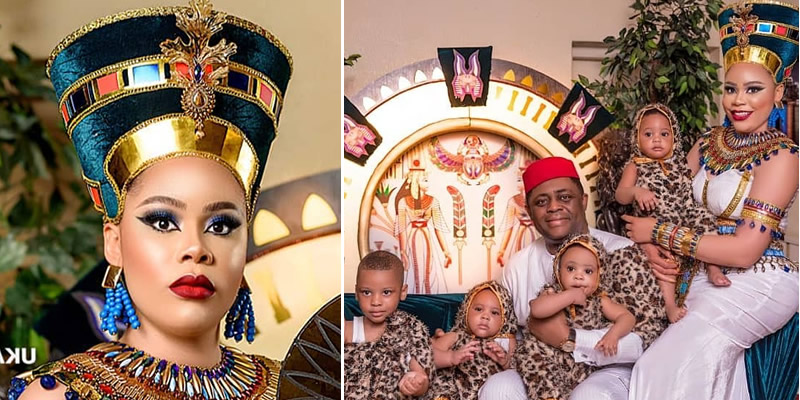 Femi Fani-Kayode is back on front pages this time its another controversial issue. The former minister’s marriage with the mother of his sons has hit Olumo Rock!

SDK reports that the 4th marriage of the former Aviation minister who was recently bashed by Nigerians for insulting a Journalist in Calabar, has crashed. It is rumored that his wife, Precious Chikwendu has been driven out of the house with nothing! No money, no child, no car…nothing!

The news making the rounds suggests that the controversial politician has put his sons under the care of a Nanny with direction to make sure she doesn’t see them.

READ ALSO : You Will Be Nigeria’s President Soon -CAN Prophesies On Fani-Kayode

It is said that the former Minister retrieved all the gifts he bought for her whilst they were married leaving her broke as her accounts were also seized.

Furthermore, the report disclosed that Precious had allegedly been beaten up many times and lived like a prisoner in her matrimonial home and the situation is in a dire state as she is allegedly demanding for a DNA test, because all four kids were allegedly conceived via IVF but she is not sure where the former Minister brought the sperm he dropped for the hospital to use on her to conceive the triplets.

The couple who have now unfollowed each other and pictures of both them deleted off their social media accounts , fuel this speculation.Recall that the duo got married in 2014 and their wedding was the envy of all and sundry . They both share four kids together .

Precious Chikwendu who was born on 25 May 1989 is a beauty pageant holder. She is from Awka, Anambra State. She is also an actress and model. The height of her career was when she was voted online to represent Nigeria at Miss United Nations Pageants in Jamaica, she won the World title in June 2014.