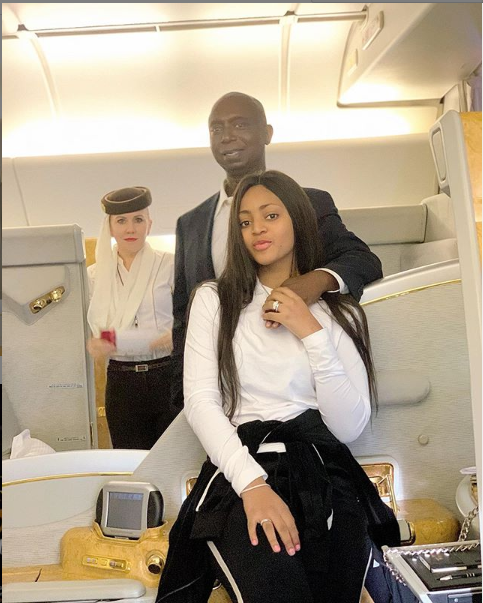 Regina Daniel the beautiful Nollywood actress has revealed where saw and fell in love with her husband, Ned Okonkwo.

Naija News NG reports that the couple are one of the most controversial celebrity unions in Nigeria attracted negative comment because of the staggering age difference between them . Another fact that made people angry was the fact that Regina Daniel dumped her young handsome boyfriend, Somadina, a Nollywood actor.

The couple according to the Nollywood actress met in a country home in Delta State . She in a YouTube video revealed that they met while she was holidaying with her mother and brothers . She said it was “love at first “.