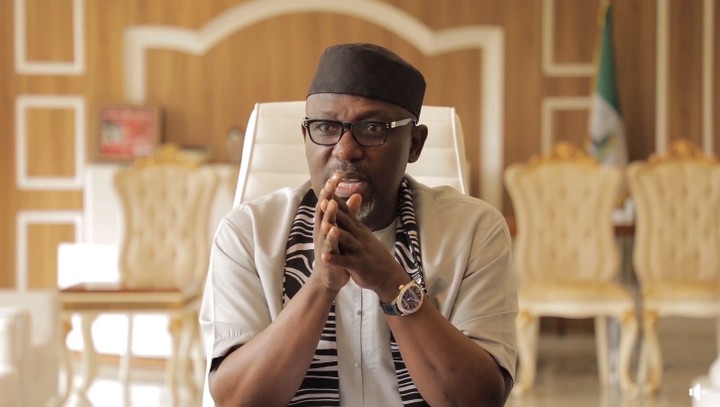 NAIJA NEWS NG reports that the Senator revealed why he would run for the seat of the president of Nigeria in 2023. Rochas Okorocha said its time for an Igbo to lead Nigeria and contribute to the development and unity of the nation .

He said this while receiving a group called Igbos for Rochas 2023 President, led by Jeff Nwaoha from the five states of the Southeast zone.

“Let me salute you in the manner which you have conducted yourself in a more peaceful approach and this is commendable.

“It is true that Igbo are highly misunderstood but allow me to say that Igbo are the most peaceful Nigerians and wherever you find them they are building bridges of peace and economic development. The Igbos are the only people that have invested more outside than what they had invested in their own land.

I Will Quit Politics In 2023 – Governor Umahi Reveals