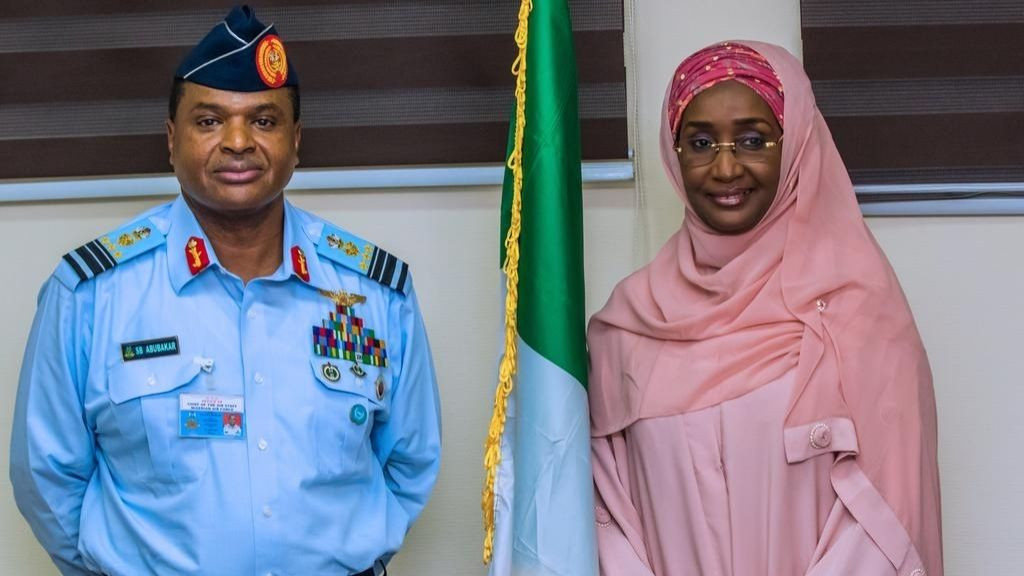 “It is true that the chief of air staff and the humanitarian affairs minister have gotten married. Very few people were invited to attend the wedding fatiha because the couple and those close to them didn’t want to publicize the issue” a source told DailyTrust

The source confirmed to DailyTrust that the lovebirds have been dating for some time but quietly.

“They have been in a relationship for a while and what happened on Friday has put to rest all the speculations about her relationship with President Muhammadu Buhari,” he said

You would recall that Hajia Sadiya Farouq was at the center of a viral news that suggested that President Buhari was set to wed her in October 2019. The presidency cleared the rumor. Today, her real husband has emerged.