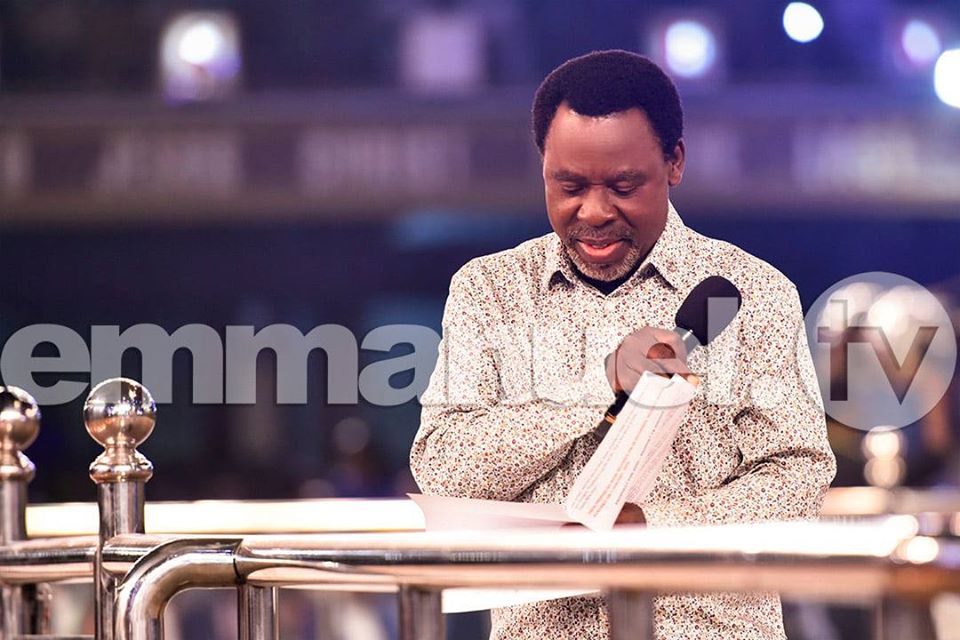 The deepening division between England and Scotland in the United Kingdom shows yet another one of TB Joshua ’s 2020 prophecies manifesting.

On 28th December 2019, Prophet TB Joshua released his prophetic message for the year 2020 which he aptly termed ‘The Year Of Humility’.

In prophecy number eleven specifically directed towards UK, Joshua declared, “There will be agitation from a section that wants to leave; that will become an issue.”

Recent reports in UK revealed the government handling of the coronavirus pandemic has further intensified division within England and Scotland, with the support for Scottish independence reaching its highest level.

Poll guru Sir John Curtice revealed that for the first time in Scottish history, the ‘Yes’ side is the favourite to win should Scotland host a second independence referendum, with a new poll revealing 54 per cent of Scots now back independence, a five-point surge since March.

Nicola Sturgeon, the First Minister of Scotland, tweeted upon his arrival: “I welcome the PM to Scotland today. One of the key arguments for independence is the ability of Scotland to take our own decisions, rather than having our future decided by politicians we didn’t vote for, taking us down a path we haven’t chosen. His presence highlights that.”

In his 2020 prophecy, TB Joshua equally spoke of division among the British Royal Family, confirmed in January when Prince Harry took the controversial decision to officially resign from royal duties.

A new book titled ‘Finding Freedom’ shortly to be released detailing ‘behind-the-scenes’ details of Harry’s departure from the Royal Family is set to widen existing tensions with unsavoury details of internal royal rows set to be made public.

In TB Joshua ‘s prophecy for America, the cleric disclosed that “approach to the security issue will affect the candidates and swing voters in the next election”.

With the election approaching in November, ongoing security challenges facing USA in the wake of the death of George Floyd have seen polls show voters support swing steadily towards Democrat Joe Biden.

In his declaration concerning those in ministry, Joshua revealed in the prophecy: “People will be getting tired this year because the work of God is not by power and might; because of so many challenges, tribulations and burdens they will not be able to bear.”

Donald Trump Reveals Why Drug Companies Want To Crush Him