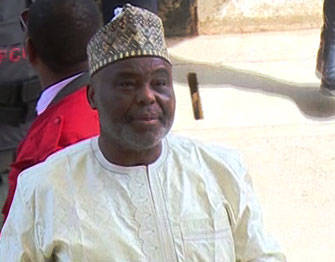 Founder of DAAR Communication, High Chief Raymond Dokpesi, has urged his staff via an internal memo to pull down the video he spoke about the similarities between Malaria and COVID-19 medication .

Dokpesi urged his workers to stop the circulation of the video and pull it down from the company’s website.

Related Topics:MalariaRaymond Dokpesi
Up Next