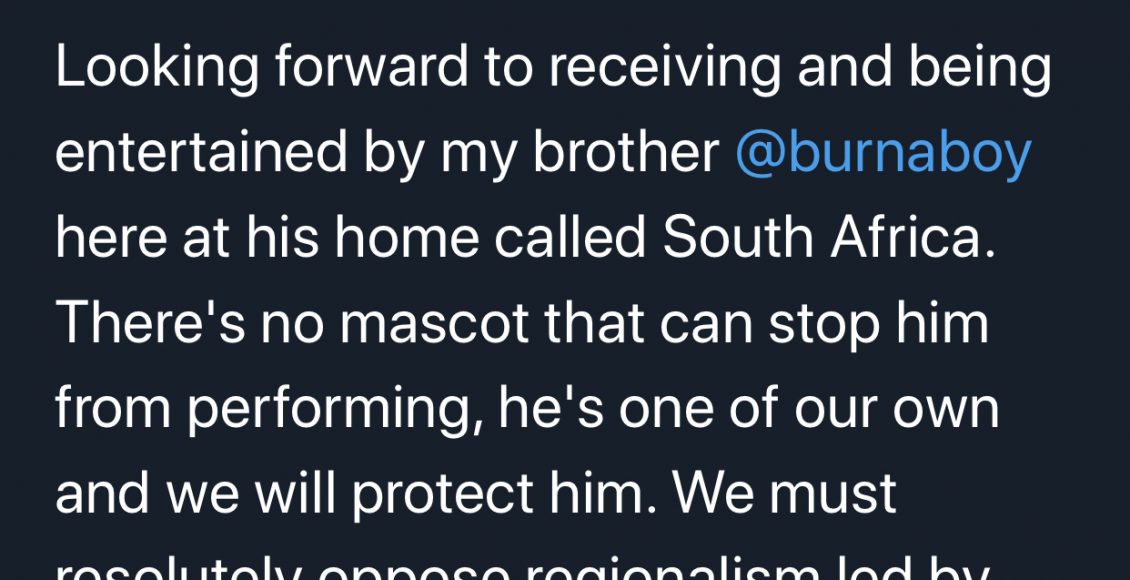 South African activist, Julius Malema who has always said Africa is for Africans , has thrown his support behind the African Giant , Burnaboy as the day for the Africa Unite Concert draws near .

You will recall that there has been petition against Burns boy’s performance at the African Unite Concert . AKA a South African Rapper has also been making negative comments on it .

Read Malema’s tweet below:
“Looking forward to receiving and being entertained by my brother @burnaboy here at his home called South Africa. There’s no mascot that can stop him from performing, he’s one of our own and we will protect him. We must resolutely oppose regionalism led by political illiterates.”