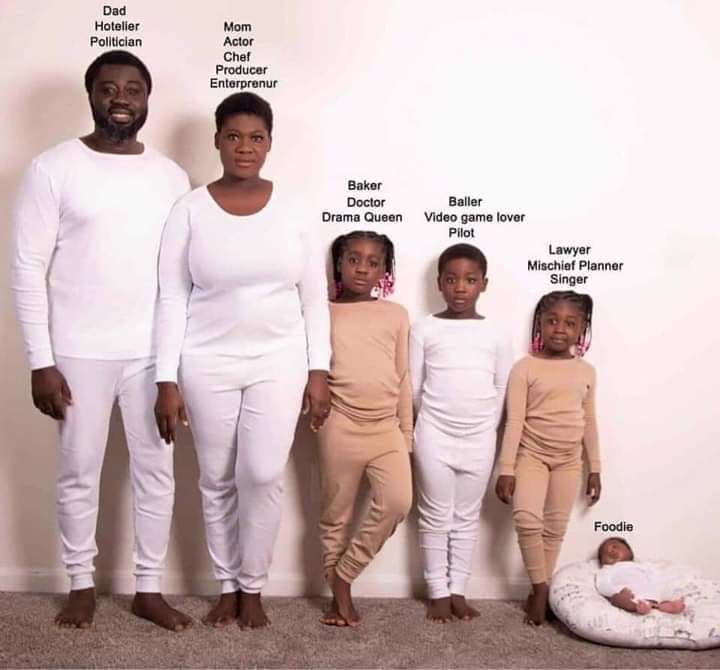 Nigerian actress who ranks among the most versatile actresses in Nollywood, Mercy Johnson, has identified all the jobs of her family members .

NAIJA NEWS NG reports that for her husband, Prince Odianosen Okojie,  she wrote Hotelier and Politician. For herself she wrote Actor, Chef, Producer and Entrepreneur. For her first child, she wrote  Baker, Doctor and Drama Queen. For the second the Okene, Kogi State actress wrote Baller,Video Game Lover and Pilot. For the third child, she wrote,Lawyer, Mischief  Planner and Lawyer. For the baby of the house she wrote,Foodie.

Nigerian actress, Mercy Johnson Okojie and Prince Odianosen got married in 2011 in Christ Embassy . They have been blessed with four children.

She was born in Lagos to a former naval officer, Mr Daniel Johnson and Mrs Elizabeth Johnson, she is the fourth child in a family of seven.