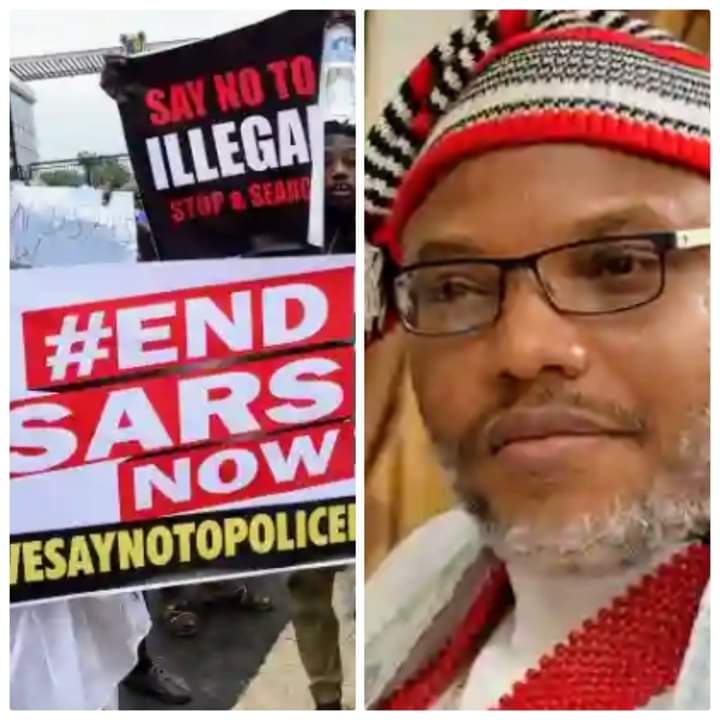 Nnamdi Kanu , the leader of the proscribed Indigenous People of Biafra, IPOB, has shared his views on the on going End SARS protests .

NAIJA NEWS NG reports that Nnamdi Kanu spoke about the protests on Tuesday , he gave three ingredients that will produce good achievement.

Nnamdi Kanu the self-exiled pro-Biafra group leader said: “The leadership of various groups on the ground in the agitation should make it a must to resist every attempt by the ruling cabal to buy them over.

“They will throw money at the issue in the hope of buying people off the streets, but they must be resisted.

“Consistency is vital at this stage.

“Momentum has a natural multiplier effect.

“With the momentum the movement becomes unstoppable.

“After this, things will no longer be the same in Nigeria.

End SWAT: Nigerians reject police unit ‘replacing’ despised SARS with SWAT.
There has been outrage in Nigeria since October 4, 2020, when clips surfaced on Twitter where a witness claimed a young man was gunned down in Delta State by now-dissolved Special Anti-Robbery Squad (SARS) operatives who also ‘fled with the victim’s car’.