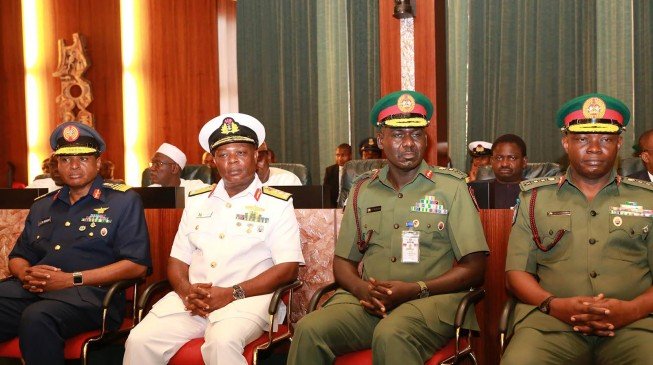 The Service Chiefs have for the first time been berated by President Buhari over the insecurity in Nigeria.

Naija News NG reports that Buhari met with all the Service Chiefs earlier today in the Presidential Villa, Abuja.

Buhari told the Service Chiefs that they have not done enough to stop the killings in the country. This is coming days after men and women took to the streets in Katsina to protest against the killings in the state and the country. You would also recall that the Northern Elders Forum NEF also called out the President few days ago saying “You Have Failed Us, Enough Is Enough”.

Buhari warned them saying “excuses will no longer be tolerated,” because he expects them to live up to expectations.

Monguno revealed to newsmen that Buhari told the security chiefs that their best was not good enough for the challenges facing the nation.

He also said the President also complained that there is no synergy amongst Nigeria’s security forces .

Related Topics:BuhariInsecurityNigeriaService Chiefs
Up Next