Naija News NG reports that the legal team of Nnamdi Kanu led by Aloy Ejimakor has written to to Ambassador Samuela Isopi, Head of the European Union Delegation to Nigeria and to the Economic Community of West African States to to prevail on President Buhari to get Kanu released from DSS custody.
In a letter obtained by Naija News on Wednesday, Ejimakor appealed for the diplomatic and humanitarian intervention of the EU Delegation to pressure the Nigerian government to implement the opinion of the United Nations Working Group on Arbitrary Detention and the Judgment of the Federal High Court ordering the release of the IPOB leader.

He also asked Isopi to prevail on the Buhari administration to accord Kanu his human right to seek independent medical care for his ailments.

Ejimakor stated that despite the ruling if a court freeing Nnamdi Kanu, the federal government has continued to detain the pro-Biafra activist in solitary confinement while his trial lingers in delays, adjournments, continuances and appeals that have become the norm from when he was first arrested and incarcerated in 2015.

He recalled that on the 20th July, 2022, the UN Working Group rendered an Opinion, stating that Kanu was arbitrarily arrested, tortured and extraordinarily renditioned to Nigeria in violation of international laws and norms.

“Accordingly, the Working Group directed the GON to unconditionally and immediately release Mr. Kanu and accord him the opportunity of seeking reparations.

“On 13th October, 2022, the Court of Appeal of Nigeria delivered a judgment, ruling in the main that Mr. Kanu’s presence in Nigeria is as a result of an impermissible extraordinary rendition. The court accordingly discharged Kanu from all criminal charges pending against him,” he said.

According to him, all of these conditions demand specialist medical care and
interventions that are not available at the facility where Kanu is being
detained.

He accused the federal government of refusing every request for an independent/specialist medical intervention for Kanu.

Ejimakor asked the European Union governments urgently intervene with the Nigerian government, urging it to, in
the interim, permit Kanu his human right to seek independent medical care for his grave health conditions.

He asked the EU to, “Intervene with GON, urging it to promptly comply with the said Opinion
of the United Nations Working Group, particularly as it pertains to the unconditional release of Mr. Kanu from detention.

“Intervene with GON, urging it to promptly comply with the ratio of the said judgment of the Federal High Court of Nigeria (Umuahia) by restoring Mr. Kanu to his status quo before 19th June, 2021 and otherwise making him whole as was ordered by the court.

“Intervene with GON, urging it to cease and desist from further criminal prosecution of Mr. Kanu and to instead constructively engage Mr. Kanu in seeking a political solution to the Biafran question.”

See the complete letter below: 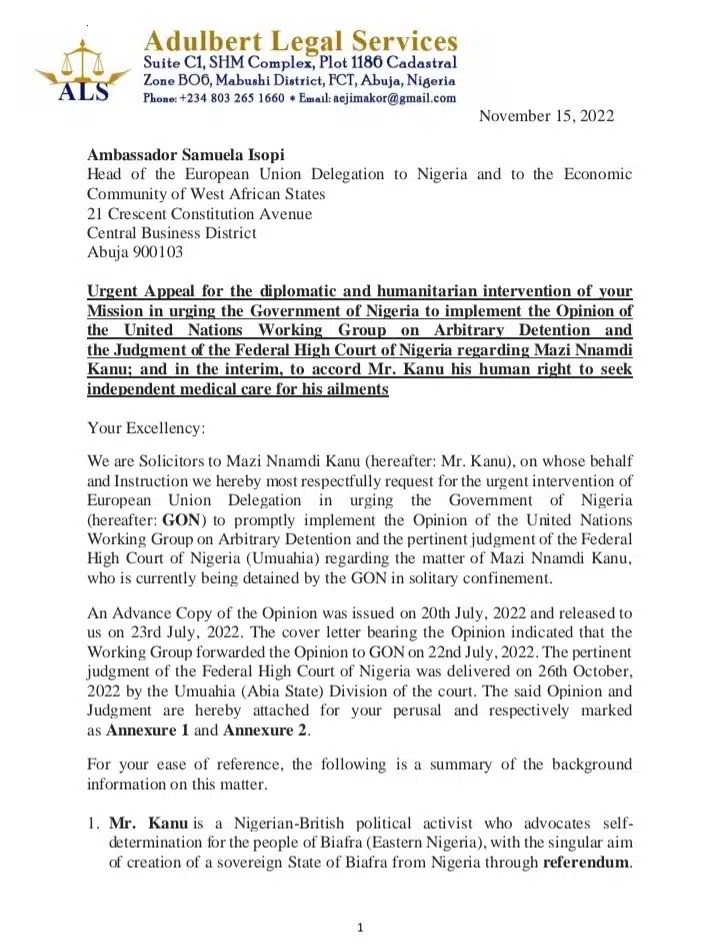 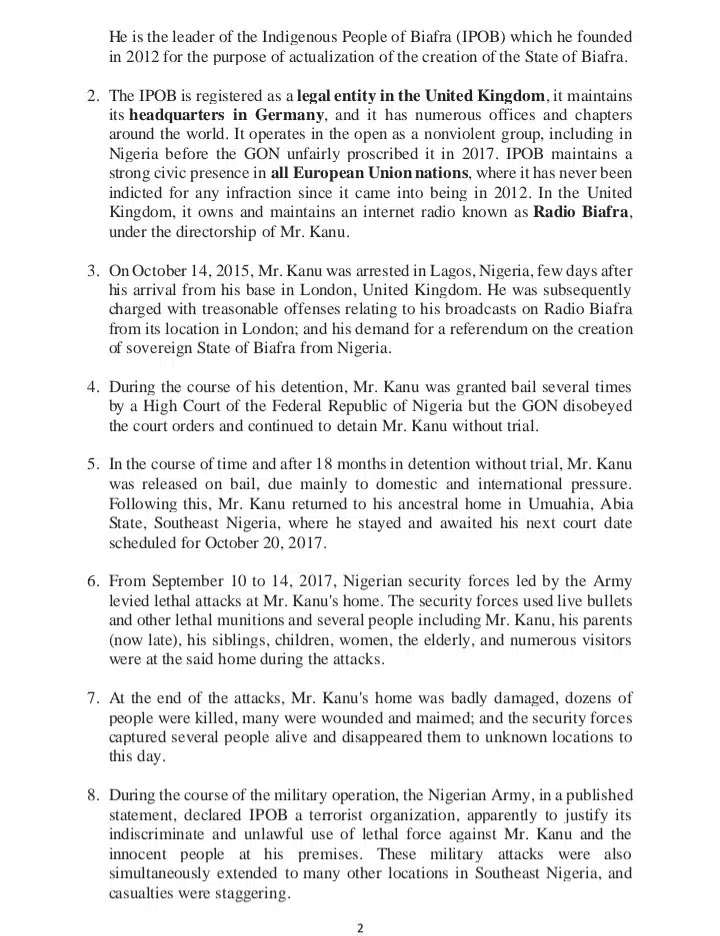 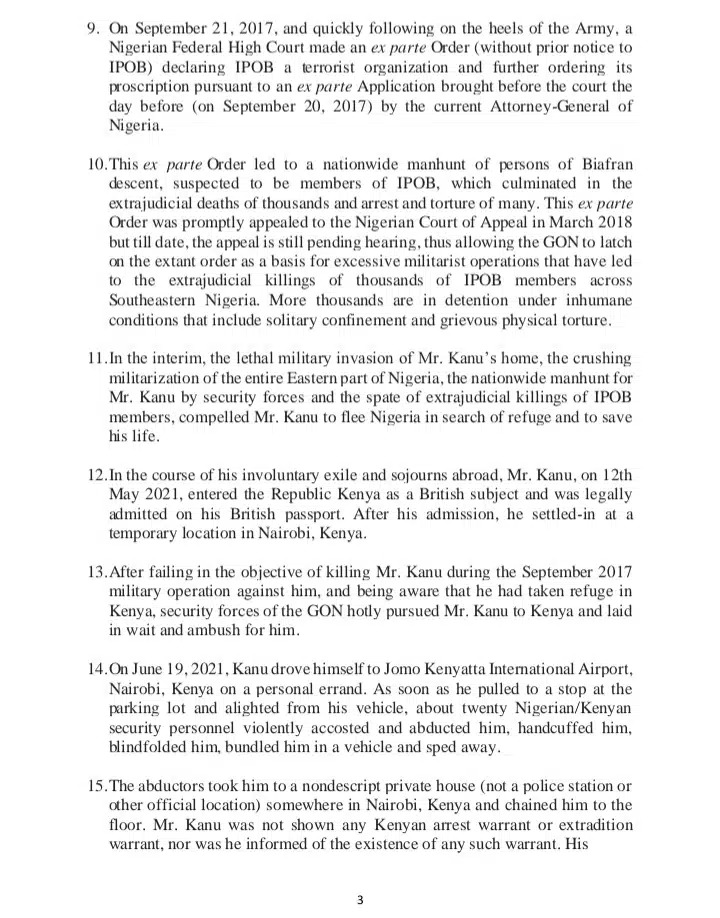 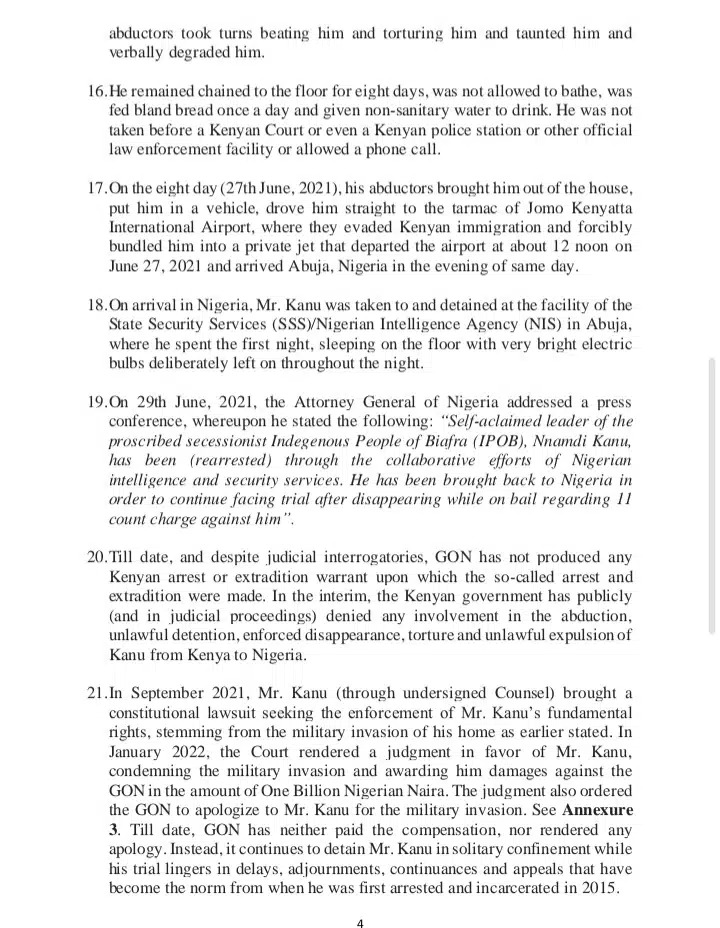 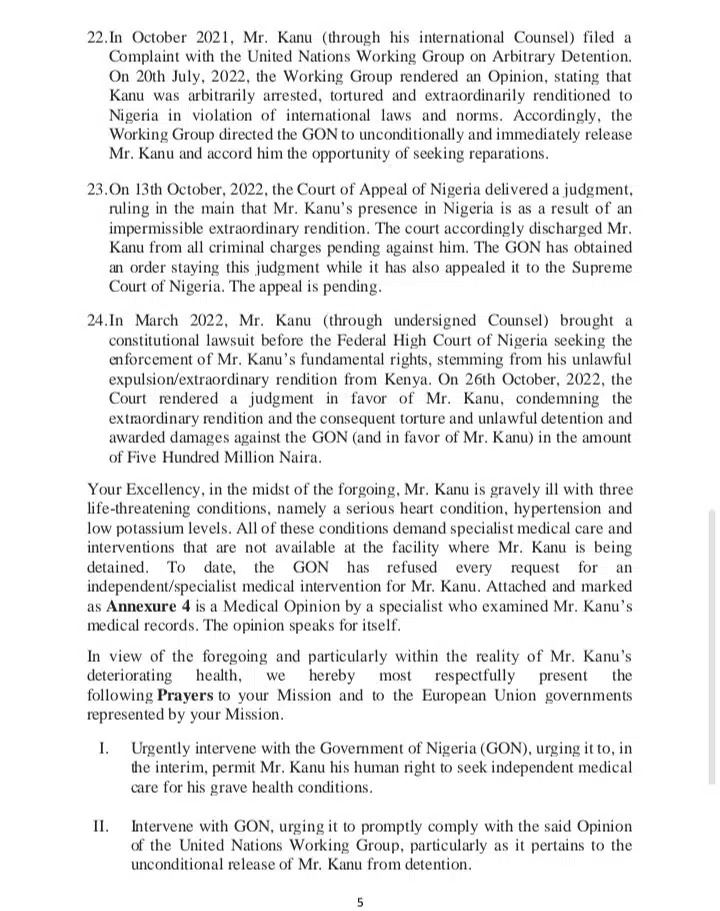 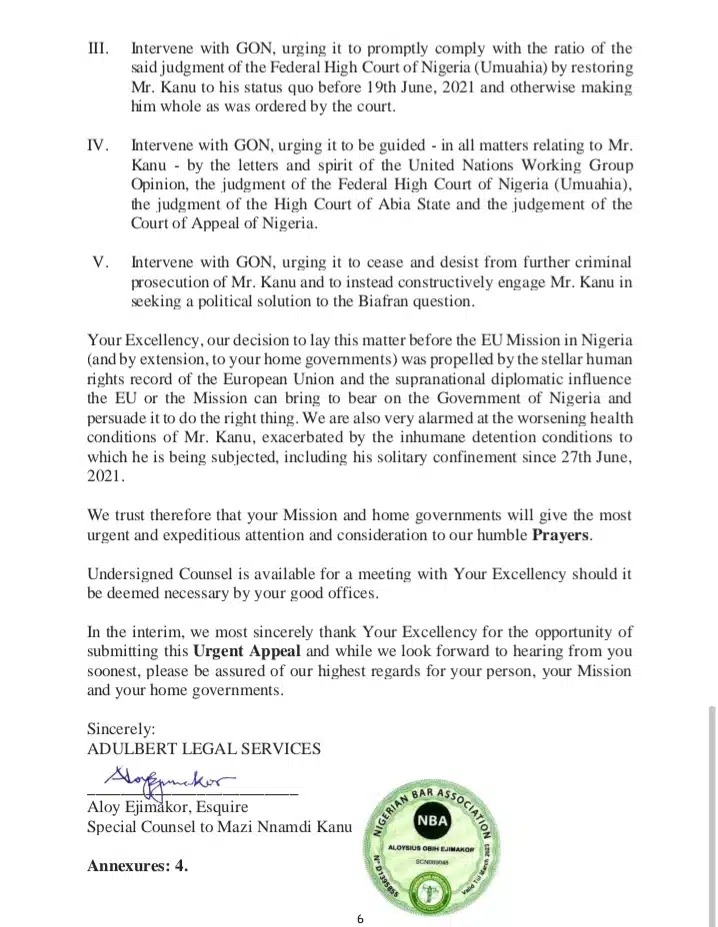 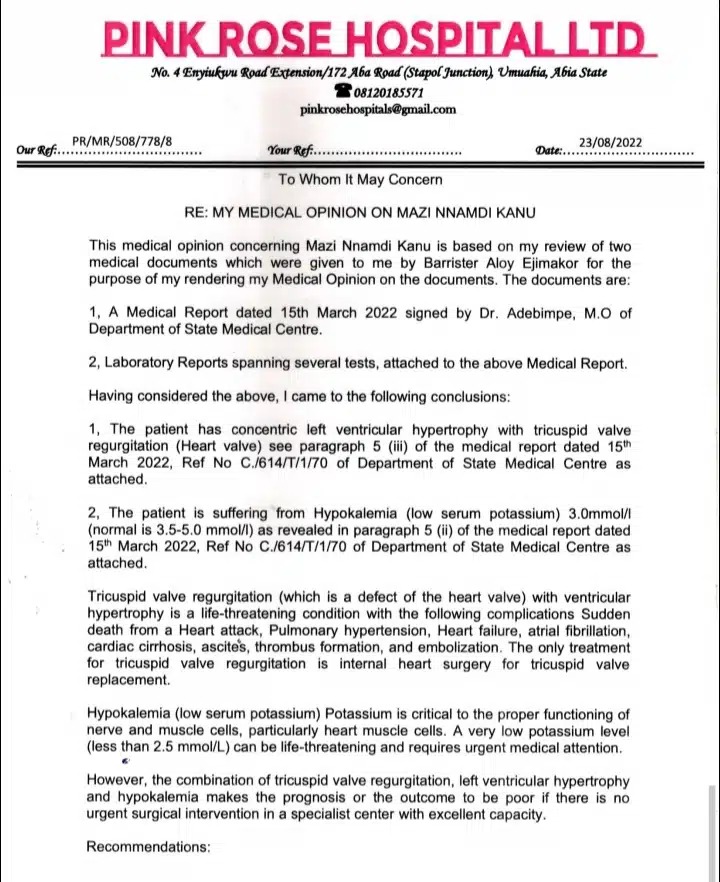 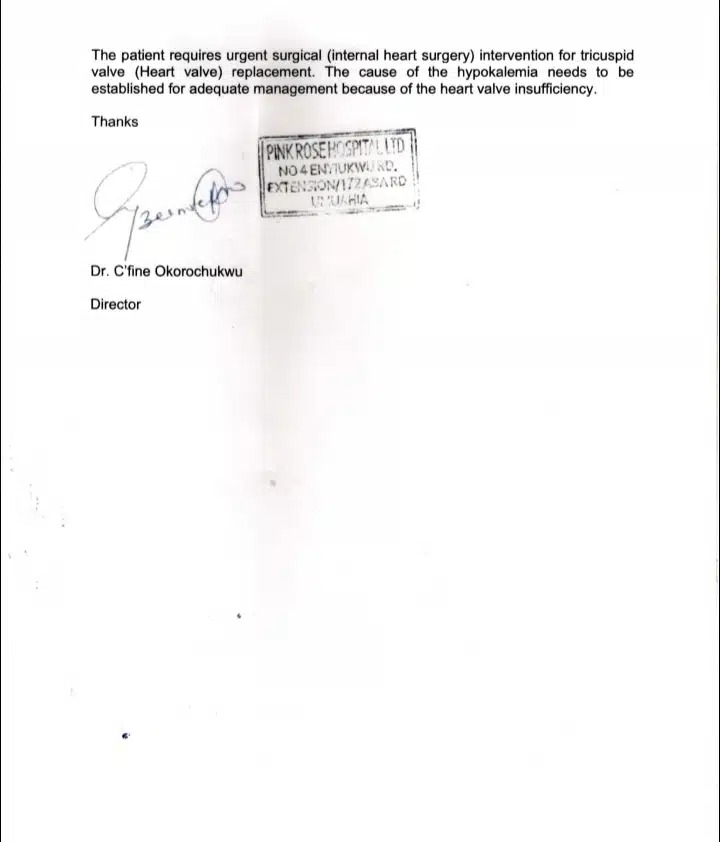