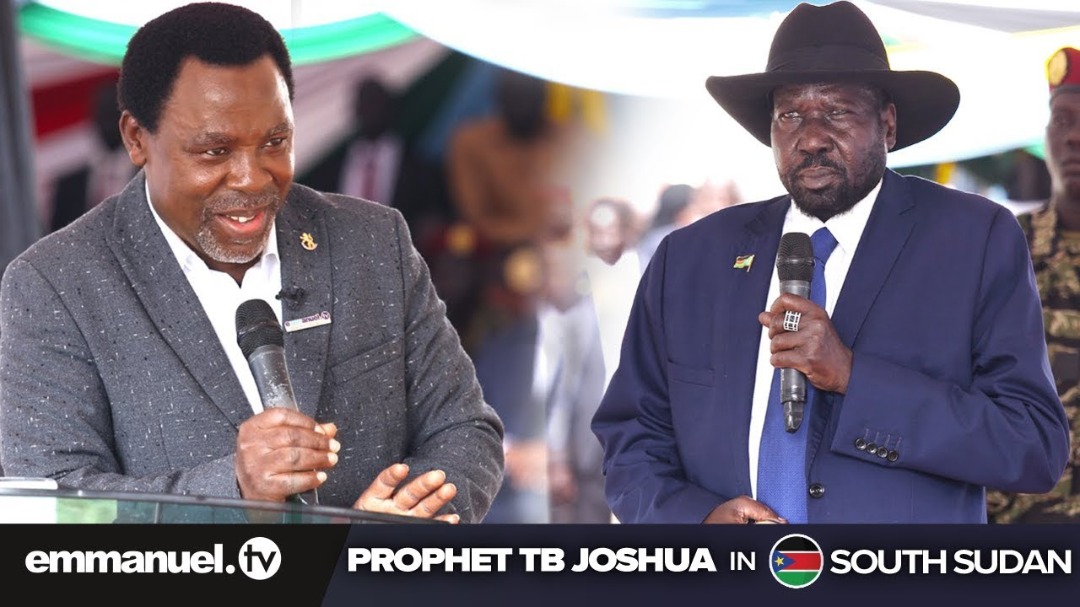 According to reports from South Sudan, President Salva Kiir Mayardit will not “authorise the formation of local governments” until the proposed visit of Nigerian Prophet TB Joshua in January 2021.

Speaking to ‘Sudans Post’, a senior government official stated Mayardit would not agree to further actions on
the contentious issue – even if the parties completed the requisite nomination process – until the planned visit of the prominent cleric in January next year. 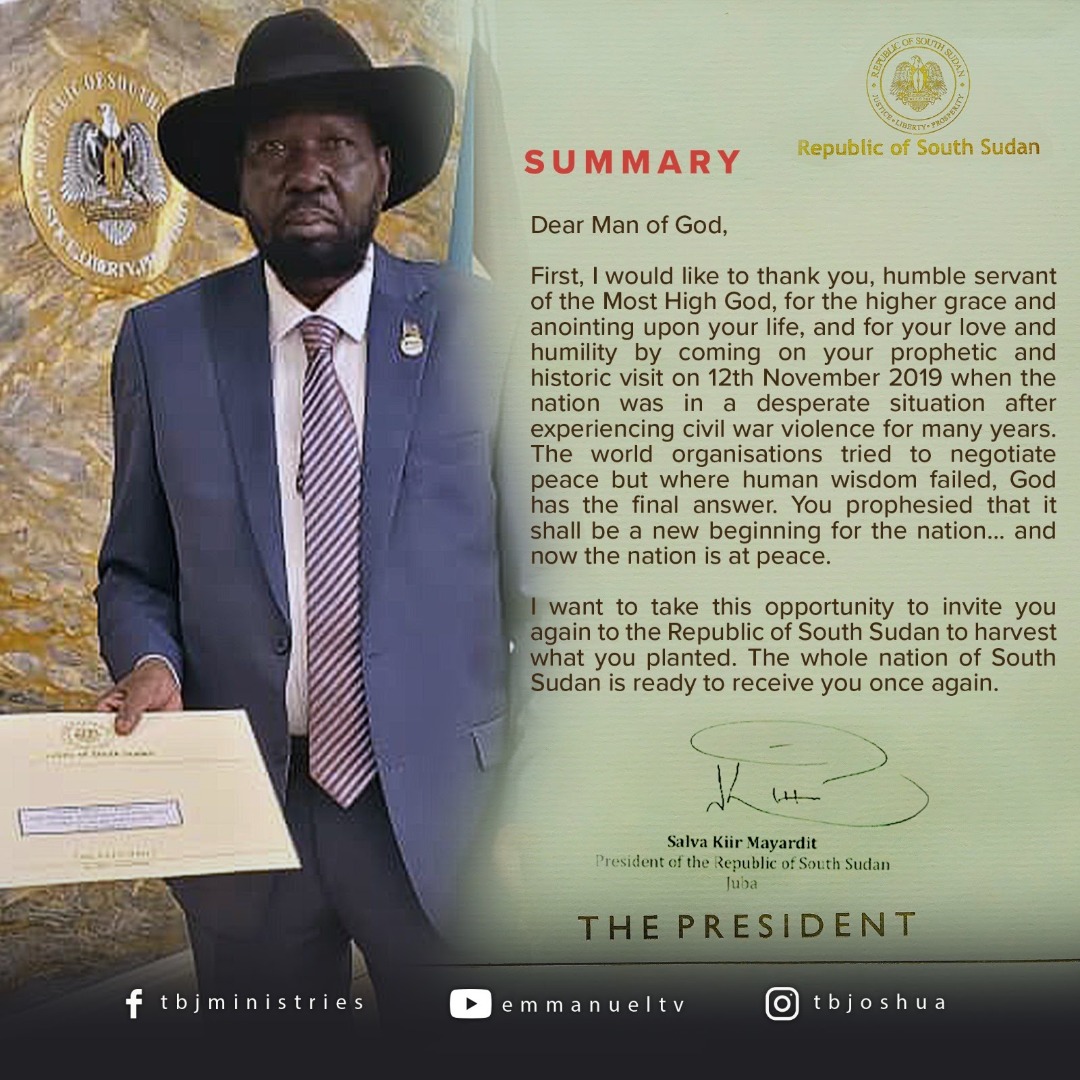 “The president does not intend to authorize the formation of states and local governments in 2020. TB Joshua will visit this country in January, and after this, the local governments will be formed,” the official, who is involved in the power-sharing negotiations, explained.

It will not be Joshua’s first visit to South Sudan. The cleric was personally received by President during a visit to the East African nation in November 2019, where he led the President and government officials in prayer for peace.

“Time has come for us to put our differences behind us,” Joshua told the thousands of South Sudanese who gathered to hear his message at the Presidential Palace in Juba.

“This is the voice of God. Our leaders should overcome their division and agree to work together for the good of the country,” he insisted.

“If I am a prophet, this will not go without fulfilment,” Joshua boldly declared, then leading the troubled nation in prayer for peace.

In his comments that day, Mayardit revealed: “We have come a long distance searching for peace. Now that the man of God, Prophet TB Joshua, has come to South Sudan, I believe peace is at the corner.”

Three months later, the historic peace agreement was signed, ending the civil war which ravaged the world’s youngest country since 2013 after a fall-out between President Mayardit and his Vice President Riek Machar.

“I would like thank you, humble servant of the Most High God, for the higher grace and anointing upon your life, and for your love and humility by coming on your prophetic and historic visit on 12th November 2019 when the nation was in a desperate situation after experiencing civil war violence for many years,” the president wrote.

“The world organisations tried to negotiate peace but where human wisdom failed, God has the final answer. You prophesied that it shall be a new beginning for the nation and… now the nation is at peace,” he acknowledged.

Prior to Joshua’s visit, multiple reconciliatory efforts had been made to restore peace in South Sudan, including a visit to Pope Francis in Vatican City where he famously kissed the feet of both leaders.

TB Joshua wields huge levels of influence due to the popularity of his Christian television network Emmanuel TV.

No South East Governor Will Support Atiku In 2023- Deji Adeyanju