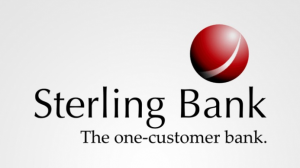 Recent cases of bank face-off with customers are raising more concerns about the rot in the banking sector in Nigeria. However, some of these anti-banking and corrupt activities of top bank officials wouldn’t have been possible without collaboration with some government institutions which are used to fight dirty battles against the law.

This position seems to be validated in a curious twist to the seemingly unending intrigues surrounding the insider trading accusations against Sterling Bank on the Victory Park Estate Lekki by the Management of Grant Properties and its subsidiaries.

The company petitioned the Lagos State Governor Akinwunmi Ambode to call the Chairman, Lagos State Task Force on Land Grabbers, Jide Bakare to order for embarking on activities they claim are against the mandate of the task force.

The petition accused the Chairman of the State Agency set up to regulate the menace of “Omo Onile”in Lagos, Mr Jide Bakare of using the task force and the resources of the state to take sides in a case of a business transaction involving Grant Properties, AMCON and Sterling Bank.

The Lagos State Task Force on Land Grabbers under the Chairmanship of Mr Jide Bakare is allegedly being used illegally by Mr Lanre Olaoluwa of Matrix Solicitors who is acting as the purported Receiver Manager for Asset Management Corporation of Nigeria (AMCON) on the Transaction, to harass, oppress and intimidate the management of Grant Properties in a case involving the company and Sterling bank.

The real estate company Grant Properties Ltd, took a loan from a consortium of banks led by Sterling bank in 2003 to part finance the development of a 50 hectares parcel of land in Victory Estate behind Femi Okunnu Estate in Lekki. The banks claiming liquidity problems stalled the project and the loan was subsequently transferred to AMCON in 2011.

In total breach of trust, Sterling bank withheld 10 hectares the land (the collateral) and sold it to one of its directors Mr Yemi Idowu who is also a real estate developer.

The case went to court in 2011 and for six years Grant Properties and Sterling Bank were before justice AJ Bashua of the Lagos State High Court. On 2nd of June, 2017, in the suit no LD/576/12, the court ruled that the acquisition of the 10 hectares of land by Sterling Bank was illegal, null and void. The court among other things also held that the sale of the land by officials of Sterling Bank in person of Mr Yemi Adeola, Managing Director and Ms Justina Lewa, Company Secretary was done single handedly without the knowledge of the other banks.

This, according to the judgment, was due to the fact that as at 10th February 2012, there was nothing like a consortium of banks again to sell any land in Victory Park Estate because the loan had been transferred to AMCON.

Having won the six-year legal battle, Grant Properties wrote to AMCON on June 15 2017 to arrange the valuation of the 10 hectares of land so that it can pay up its loan. That land has now been developed into an estate called Cadogan Estate consisting of over 300 housing units. The property is worth about 30 billion naira today.

Surprisingly, AMCON which is supposed to be the fair arbiter in the case between Sterling Bank and one of its customer, rather moved in Receiver Manager on the 16th June, a day after AMCON was notified of the judgement. Lanre Olaoluwa the Receiver Manager swung into action by locking down the offices and homes of the chairman and directors of Grant Properties. According to the company they were all forcefully ejected from their homes since June 2017.

Grant Properties said it has since gone to court to challenge the appointment of a receiver/manager and to insists that AMCON recognizes the court judgment and allow it to enjoy the fruit of its judgment. In spite of this, the receiver/manager Lanre Olaoluwa wrote a petition to the Lagos state task Force on Land grabbing claiming that Grant properties sold land belonging to AMCON.

According to Grant Properties, based on this petition, without first inviting them for questioning the Chairman of the company and his children have been arrested twice by the Lagos State Task Force on the orders of Jide Bakare. They were first arrested on 9th October 2017 at Goshen Beach and on 7th December at the premises of the Federal High Court, Ikoyi.

The company is accusing Jide Bakare of being a willing tool in the hands Lanre Olaoluwa. This according to the company was because the second arrest came after Grant Properties had written to the Lagos Task Force intimating the task force of the court judgment as the authentic owner of the land. Thus, Grant Properties cannot be a land grabber of its own land.

Jide Bakare was also notified that the Lagos High court had ruled that Sterling Bank actually sold 10 hectares of land belonging to Grant Property with evidence that the land was illegally sold to Yemi Idowu a former director of the bank. The Lagos State task force was also notified of other pending court cases on the matter especially the one challenging the appointment of a receiver/manager by AMCON.

However, Jide Bakare ignored all these information set before him but choose to use the Lagos government agency and the police to fight a cause that is not within its mandate of operation.

Background check according to Grant Properties showed that Mr Lanre Olaoluwa (Receiver/Manager) was a former lecturer of Mr Jide Bakare (Chairman Lagos Task Force) at the Lagos State University some years back.

The involvement of a state government agency in a bank transaction dispute has raised many questions hence Grant Properties’s petition to the Governor. According to the Petition, the Management of Grant Properties had attempted to cooperate with the State Agency despite the fact that it could not establish how the Agency could have jurisdiction but when it was clear that the Agency’s Chairman was more interested in harassing and intimidating the company’s personnel allegedly on the instruction Mr Olaoluwa, Grant Properties lost faith in the objectivity of the State Agency and petitioned the Governor to call the Chairman to order.

Grant Property said AMCON had previously tried to use the EFCC against it by complaining to the commission, but quickly withdraws the petition when the EFCC investigations turned its focus on Sterling bank and its officers in a bid to get to the root of the matter. Grant Properties has since formally sent a certified true copy of its judgment to the EFCC, CBN, SEC and all relevant agencies with no avail.

As at press time, the Chairman of the State Agency is alleged to be pursuing all means to arrest and incarcerate the Grant Properties management throughout the Christmas Holidays while all eyes are on the Lagos State Government’s response to the petition.