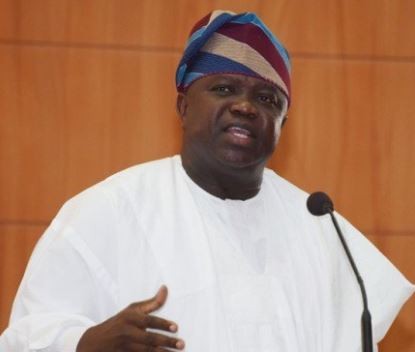 The Lagos State Government has warned members of the public to be wary of the activities of unauthorised officers defrauding people, particularly under the guise of environmental law enforcement.

The State Commissioner for the Environment, Babatunde Durosinmi-Etti sounding the note of warning in Alausa recently while expressing government’s concern about the activities of some bad eggs among public servants, who sometimes abuse the enforcement process to defraud Lagosians. He said that nemesis caught up with six officers who were in the process of fleecing JCB Hotel, Omole and Roneks Hotels in Akowonjo area of the State.

In his words: “the Managers of the JCB Hotel, Omole and Roneks Hotel, Akowonjo reported the dubious activities of six officers who abused the enforcement procedure with the intent to personally enrich themselves. The names of the officers were given as Alaba Alegbe, a Principal Scientific Officer, Famuyiwa Olawale, on Grade level 10; Olodun Lateef, Grade level 10; Agbotoba David, Grade level 09; Waliu Olajide, Grade level 10 and Bukky Ajibabi, on Grade Level 09 officer”.

He said that the Enforcement Department of the Ministry promptly investigated the matter and found overwhelming evidence, including video recordings and telephone conversation recordings to suggest that the concerned officers had compromised their positions. Durosinmi –Etti said that the government would apply appropriate disciplinary measures which would include prosecution in the law court to serve as deterrence to others.

He warned members of the public to stop giving monetary inducement or any form of enticement to officers carrying out enforcement duties. He urged Lagosians to always request for the identity of officers and crosscheck abatement notices with the Ministry of the Environment or its relevant agencies in case they found the need to do so.