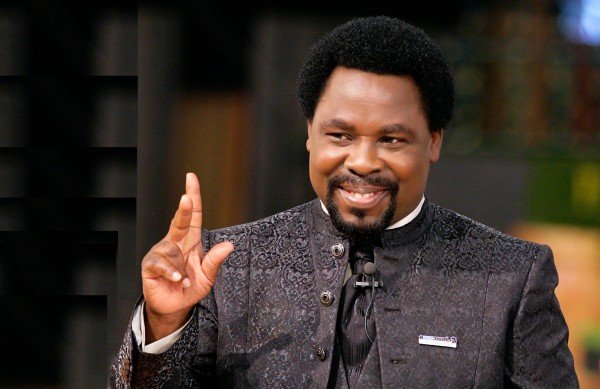 A medical doctor from Cameroon has testified with “scientific evidence” to being healed from the deadly coronavirus on TB Joshua ’s popular Emmanuel TV.

Dr Kameni Pierre, a gynecologist and obstetrician, revealed he was suffering with COVID-19 and in isolation in a hospital ward when he called in via video to receive prayer during an interactive program on Emmanuel TV.

Dr Pierre, speaking in French, explained his symptoms included a cough, headaches, difficulty in breathing and pains throughout the body.

He showed his medical report confirming him positive to COVID-19, which has infected more than ten million people worldwide and resulted in more than 500,000 fatalities.

“Distance is not a barrier to what God can do,” one of the ministers in TB Joshua’s church can be heard counselling Pierre in the clip. “In fact, God is even more powerful in distance.”

Turning to pray for Dr Kameni, he “commanded healing” upon his system, upon which the Cameroonian doctor fell involuntarily to the floor and began to “vomit uncontrollably”.

“That deadly virus, that incurable virus – be healed, in the name of Jesus Christ,” the minister prayed as Dr Pierre continued to sweat profusely before being declared “free from the virus”.

Just days later, the Cameroonian health worker excitedly testified that all the symptoms associated with the virus disappeared after receiving prayer.

Upon going for a subsequent medical test, he was confirmed negative to the virus and released from quarantine.

“As a medical doctor, I know what it means to be a COVID-19 patient… I would like to advise the nations all over the world – do not panic in the face of this virus,” he counselled, whilst holding up his positive and negative medical reports.

“Move close to anointed men of God like Prophet TB Joshua – they will pray for you, God will be glorified and this COVID-19 will become a memory,” Dr Kameni concluded, before exercising himself vigorously to confirm the reality of his ‘healing’.

“Even though the churches are closed, the Lord is still doing wonders,” tweeted Nigeria’s Former Minister of Aviation, Chief Femi Fani-Kayode in response to the trending video.

In his comments on his official social media handles, Joshua stressed that the healing was the work of Jesus Christ and called on people to “run to God”.

“Never a sickness Jesus cannot heal! Never a disease Jesus cannot cure! To God’s power, nothing is impossible… Let us run to God to put an end to this crisis and panic that has enveloped the world,” he commented.

Emmanuel TV’s YouTube videos have been viewed over 600 million times and the channel has nearly 1.7 million subscribers.

Related Topics:CoronavirusCovid-19TB Joshua
Up Next

Why COVID-19 Is Not Killing Nigerians Like Others – Mustapha