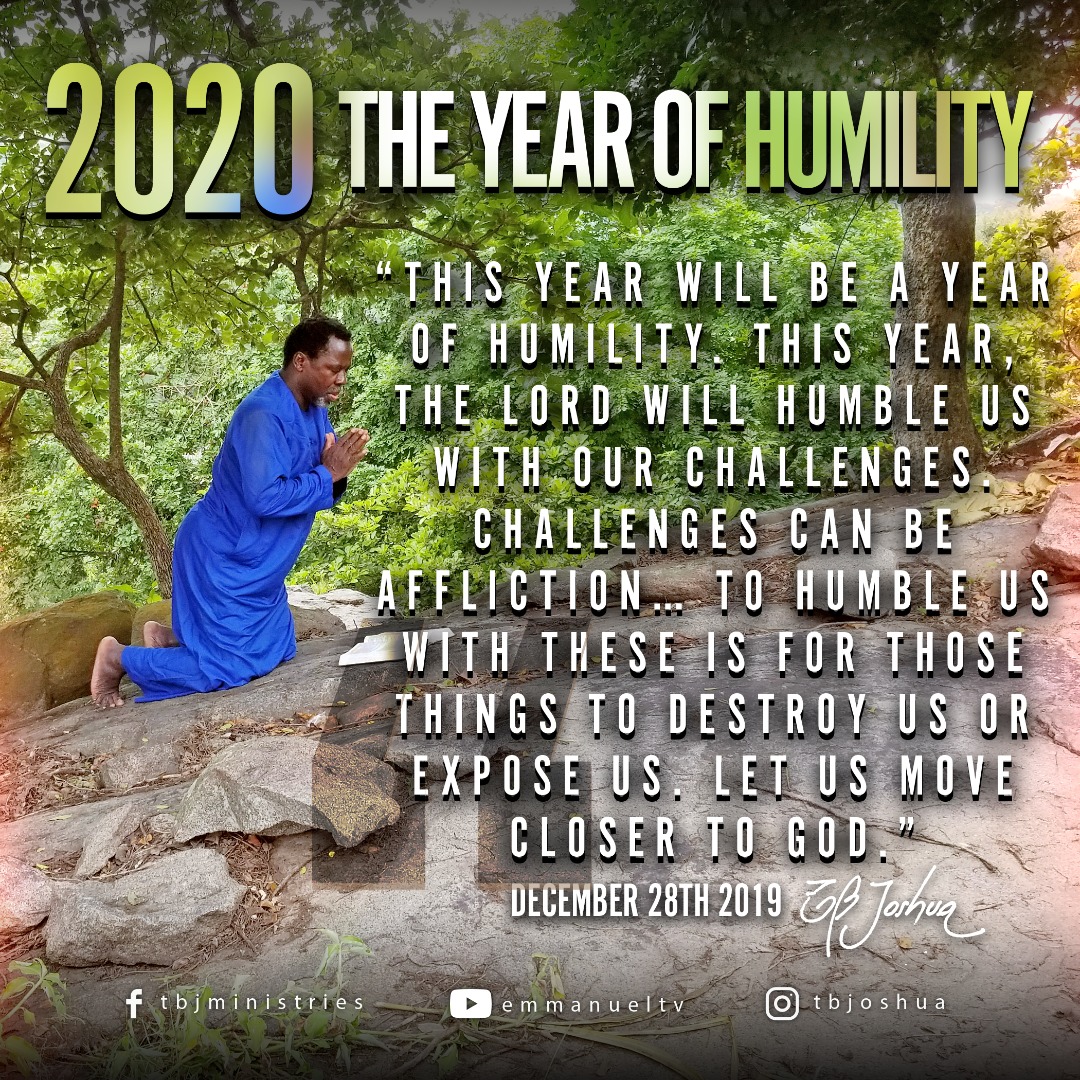 In the light of breaking news that US President Donald Trump and his wife Melania have tested positive to coronavirus, Nigerian cleric TB Joshua has reminded people on his social media platforms that he had declared 2020 would be a “year of humility”.

On December 28th 2019, after time at an undisclosed ‘prayer mountain’ in Nigeria, Joshua revealed his prophetic message for 2020 which he termed the ‘Year of Humility’.

“This year, the Lord will humble us with our challenges,” the cleric began. “Challenges can be affliction… To humble us with these is for those things to destroy us or expose us. Let us move closer to God,” he continued.

In the accompanying message – which has been viewed over 700,000 times on YouTube – Joshua prophesied details regarding several events that have subsequently shaped the course of the year.

These include the security implications of racial tensions in America surrounding the death of George Floyd, the killing of Iranian General Qasem Soleimani and the global economic backlash of the coronavirus outbreak.

In line with the cleric’s prophecy, the announcement of Trump’s coronavirus diagnosis has been universally acknowledged as a ‘humbling moment’ for the bombastic leader, who has consistently downplayed the virus and even mocked those who took preventative measures against it by wearing masks.

With elections just 31 days away, the news is sure to add further pressure on Trump’s re-election ambitions, already threatened in the wake of a wild debate performance with contender Joe Biden which sparked further controversy over his refusal to explicitly disavow white supremacists.

In the same prophecy, Joshua also spoke concerning the upcoming elections. “Approach to the security issue will affect the candidates and swing voters in the next election,” he stated. “It will be tough in the election. They should pray against a recount. It may be too tight.”

It is not the first time TB Joshua has given a prophetic message concerning Trump. Four years earlier on November 6th 2016 – just before his surprise election victory – Joshua had warned of several impending challenges for the American leader.

“I can see that the boat of the new president will be rocked,” he stated in a video equally shared on the cleric’s Facebook page recently.
Commentators were quick to draw parallels with Trump’s current dilemmas. “Definitely Trump’s boat is being rocked,” wrote Alfred Osunsanya in response to the video. “First the debate where he met his match and second his COVID-19 diagnosis”.

Related Topics:TB Joshua
Up Next