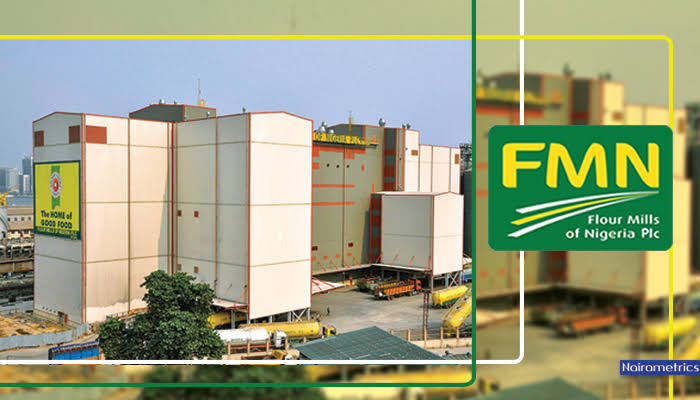 By NGIJ team of Oluwasegun Abifarin and Olawale Abideen

The smoke of accusation and counter accusation has continued to rise over the indignity of labour and bitter working condition by workers of Sunti Golden Sugar Estates Limited, a subsidiary of Flour Mills Nigeria Plc.

Located on the banks of River Niger, in Mokwa, Niger state, Sunti Golden Sugar Estates Limited features 17, 000 hectares of irrigable farmland and a Sugar mill that process 4,500 metric tons of sugarcane per day. At full capacity, the estate is expected to produce 1 Million tons of Sugarcane which roughly translates into 100,000 metric tons of sugar yearly.

When Flour Mills of Nigeria took up loans amounting to about 60 Billion Naira facilitated by the Nigerian Government to acquire and complete the Sunti Farms in order to establish a sugarcane farm and set up a factory, the workers and host communities thought their sweet and happy moment had arrived.

And on 15th March, 2018, when the company was officially launched amidst pomp and pageantry, expectations and hopes were raised as there were promises of better living for host communities, their youths and the workers.

This eventually turned to a forlorn dream going by the layers of worker/labour indignity going on in the company.

One star case till date is the story of Mr. Amusa Monsuru Adewale who joined Nigeria Flour Mills on the 9th of April, 2014 as a Draftsman. The Human Resource Manager, Mr. Chatjock Chom on the basis of the strong recommendation from Adewale’s boss, Mr. John Beverley, confirmed his appointment as an Architect and also as a senior staff with job class 8 reward level 10.

In the course of Adewale’s employment, the company seconded him to Sunti Golden Sugar Estates Ltd where he has been working directly under the supervision of Engr. Akeem Kolawole Gbadamosi.

But on the 15th day of September, 2016 Mr. Adewale had an industrial accident on site which affected his left eye. Despite the accident, he continued to work diligently in the company, but on the 7th day of November, 2016 his was diagnose with severe keratitis on the left eye and he was placed on drugs. After some months, the Doctor recommended a Cornea transplant surgery for a clearer vision.

On the 3rd of June 2018, he received the bill for the surgery which he submitted to the Human Resource department. Prior to the submission of the bill, Adewale alleged that his boss, Gbadamosi had threatened on different occasions, to sack him “without any reason.” And upon submission of the bill, Adewale said he received two queries within one week.

After answering the query, Gbadamosi recommended to the Human Resource department for him to be sacked, but the recommendation was declined and instead a 5 day suspension was given to Adewale on the 2nd of July 2018.

After his resumption on the 9th of July, Gadamosi demoted him to the position of a store keeper .And by a letter dated 9th of April, 2019, Adewale was sacked, citing medical grounds as the reason.

Adewale’s Counsel, Chief Afe Babalola, SAN however disputed this, saying his client is medically fit to undertake his responsibilities and that no medical examination was conducted to support the company’s claim.

In a bid to resolve the matter amicably, Flour Mills invited Adewale and his lawyers to a meeting in Apapa, Lagos on 21st June, 2019 by 10:00a.m, whereat it was agreed to convey the resolution to the management of the company and get back to Adewale’s team to know the next alternative to explore. Till date, nothing has happened.

Another sordid case is that of Adeleke Wuraola, a Procurement Manager Sunti Golden Estate. As one of the oldest employees in the company, he was reputed to be very intelligent and good at his job, but he allegedly had issues with the wife of the General Manger.

It was gathered that for years, they plotted his removal until he fell into the trap of one Magdalene, a female staff allegedly brought by the GM and his wife to do the hatchet job. “Magdalene does not have the intelligence and confidence to come up with this grandiose scheme. She is being pushed and encouraged by someone in management,” Adeleke said.

For now the GM is said to have brought a family friend who is out of job from South Africa to replace Adeleke.

The case of Dr. Akande Yusuf who manages the Sunti Clinic is another sore point. Yusuf, had reported verbal assault and several episodes of interference in patient management as well as the open confrontation on the professionalism of the medical team at the clinic by the General Manager’s wife.

Specifically Yusuf recalled that on January 30th, 2019, the wife of the General Manager came to the clinic, assembled all the clinic staffs and dressed him down that he is “useless, unprofessional, and that she is ashamed of me.”

The medical doctor added that GM wife added that “she is the one paying my salary and that she can fire me if she wants; and when the GM’s wife is talking, I should not say anything ever again that I am disrespectful for thinking I can say something; that we are all fucking idiots.”

In his letter to the HR Manager, dated February 14, 2019, Yusuf lamented that “I have been brooding over these utterances in the last two weeks against the background of prior confrontational threats and intimidation from the GM and his wife on 18th of October 2018 in which case a lot of hurtful words and insults were hauled at me.

“Permit me to sincerely note that the derogatory remarks, verbal abuse, offensive words, threats, emotional and psychological subjugation from both the General Manager and his wife are having their toll on me and by extension, the other medical staffs. Our morale are down.”

On the frosty relationship between the company and the host community, Samuel Iboroma, FMN Corporate Communication Manager had maintained that Sugar Golden Sugar Estates has enjoyed very cordial relations with its host communities.

He also sent a letter of appreciation sent by the Etsu Nupe, Alhaji Yahaya Abubakar acknowledging the receipt of four thousand cartons of chicken indomine noodles donated to the community by FMN recently.

But a recent letter by the host community addressed to the Chairman of FMN points to another direction. They complained that the Sunti GM “has been showing so much disrespect to the community leaders and the citizen together with the Community Liaison Officer, Mr. Samuel.”

According to them, “the community no longer has source of income for our livelihood because of the activities of the Company and the autocratic nature of the GM has also led to the termination of the appointment of many skilled, and experienced personnel from the company.”

On the allegation of poor working condition, Iboroma argued that the “assertions all wrong,” adding that “like most of our investments in the food value chain, we are creating jobs and empowering our communities through active collaboration.”

But some of the workers who spoke to our correspondent in the estate last week countered Iboroma’s assertion arguing that “slavery continues here.” They pointed to the meagre salary and the un-abating casualization of workers as a major twin evil. “A graduate earns N30, 000 here, an amount too little for the so called expatriates to spend at a shopping,” one of the workers told us last week.

Attempts to get the company’s reaction to the latest allegations were futile last week. There was no reply to mails and messages sent to Iboroma’s through phone, wattsapp and emails address.

Instead, Sources at Sunti hinted early this week that the company is planning to bring some selected journalists to the Estate to ”come and see things for themselves.”

“It is expected that journalists will be around within this week, and they have been improving on things they believe could implicate them. Presently, they have been going about begging workers not to speak ill of the company,” a worker told our correspondent last week.

Strangely, some of the journalists have also been calling our correspondent to back off from the story, pleading that “Flour Mills is their client.”

Related Topics:Nigerian Flour Mills
Up Next

Six Exciting Shows on GOtv To Binge Watch With Your Kids