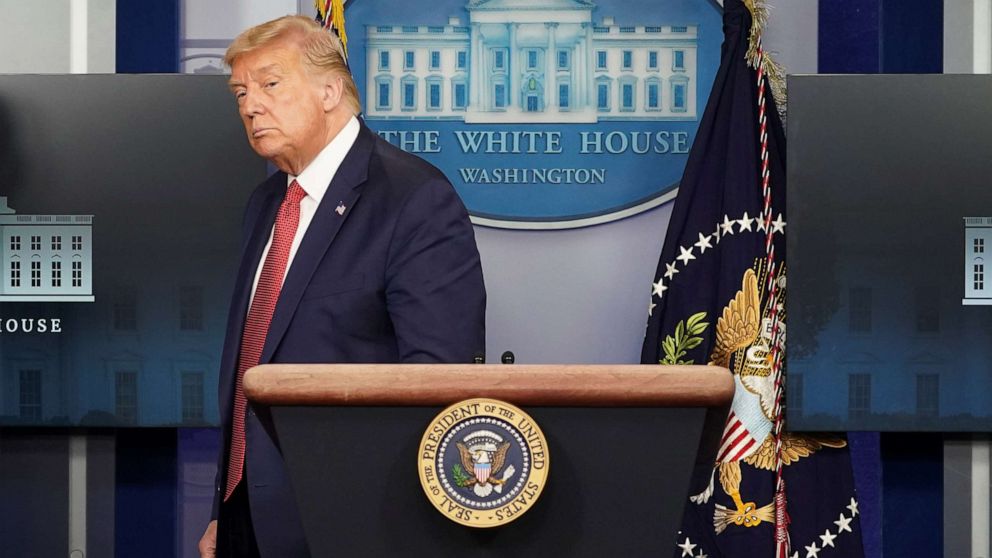 US President, Donald Trump , has revealed the only that will make him leave him the White House in December for Joe Biden.

NAIJA NEWS NG reports that Donald Trump said he will only the Oval office when the Electoral College announces Joe Biden as the winner of the November 3 election.

Trump at different occasions had claimed victory in the electoral process and insisted that Biden is not the winner.

The US President stated this at the White House after speaking to U.S. troops during the traditional Thanksgiving Day address, according to Reuters.

He added that if the Electoral College declares Biden as certified winner of the election, he will leave the White House.

Trump supported a poll which stated that 79 percent of his voters believed the electoral process was rigged.

He tweeted that evidence of “ballot fraud and more” are contained in his team’s lawsuit.