Three Nigerian stowaways who survived 11 days on the rudder of a ship that travelled from Lagos to Canary Islands have been rescued by Spanish coastguards .

Three Nigerian stowaways who survived 11 days on the rudder of a ship that travelled from Lagos to Canary Islands have been rescued by Spanish coastguards .

The men, found perched on the rudder of the Alithini II oil tanker at the Las Palmas port, appeared to have symptoms of dehydration and hypothermia and were transferred to hospitals on the island for medical attention, Spain’s Salvamento Marítimo said. 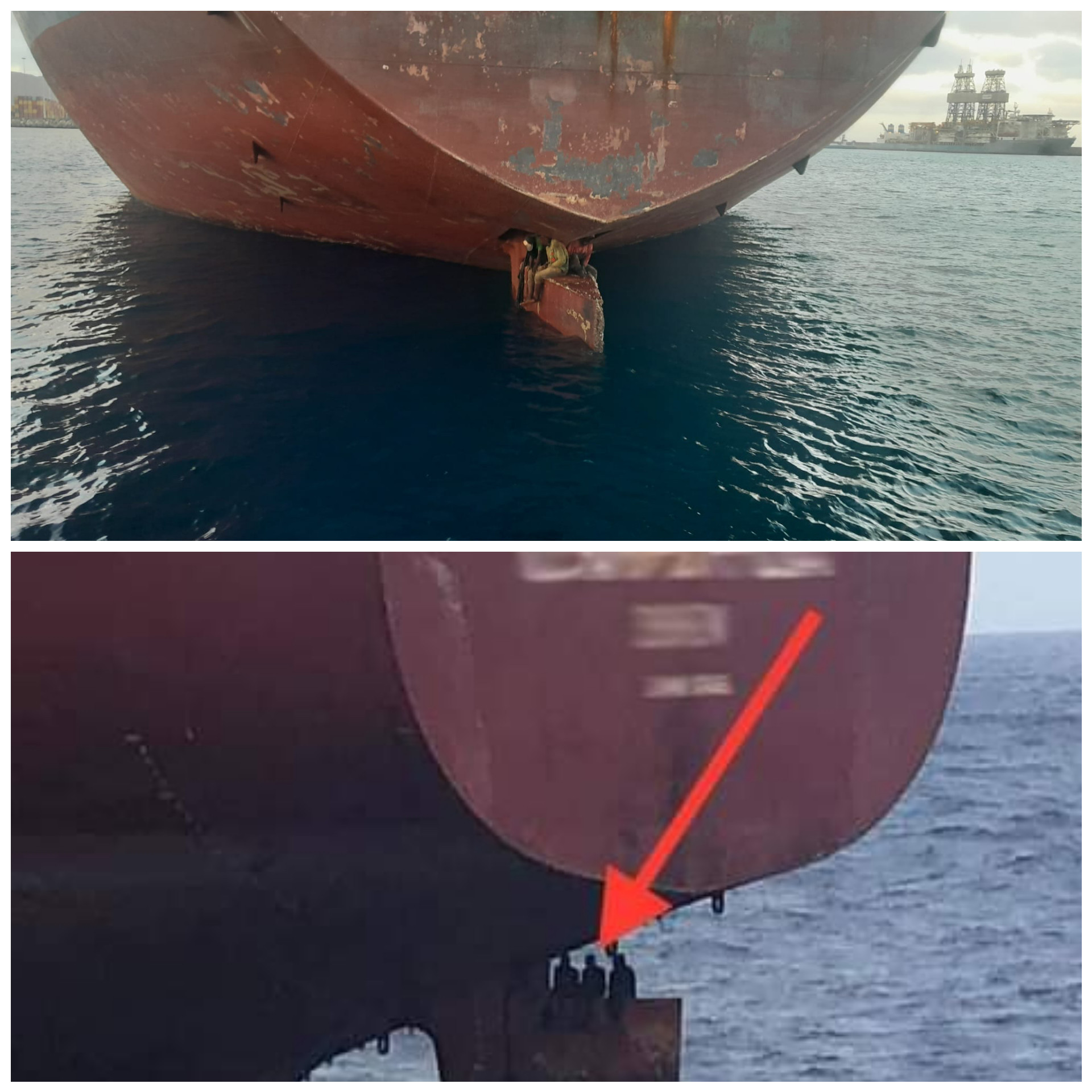 According to the MarineTraffic website which tracks ships, the Malta-flagged vessel left Lagos, Nigeria on November 17 and arrived in Las Palmas Monday, November 28, 2022.

Though extremely dangerous, it is not the first time stowaways have been found traveling on the rudder of commercial ships to the Canary Islands.

Last year a 14-year-old Nigerian boy was interviewed by Spain’s El País newspaper after surviving two weeks on a ship’s rudder. He had also departed from Lagos. 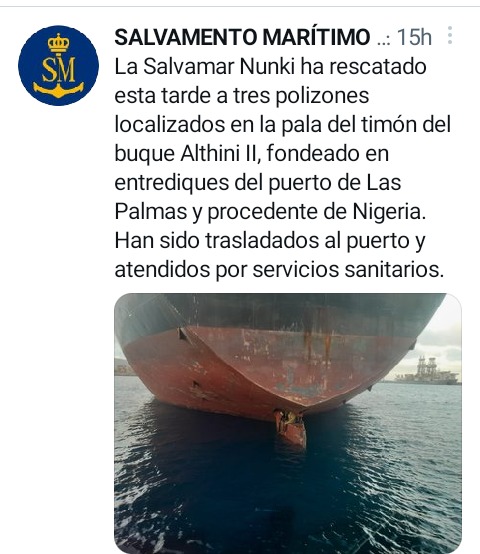