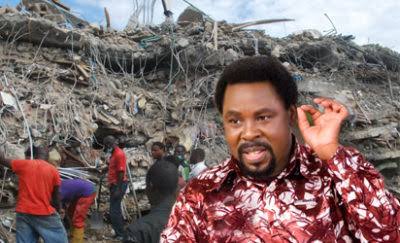 Years after the collapsed building of the Synagogue Church Of All Nations SCOAN , the full footage of how the collapse took place has emerged.

Its a sad scene to watch as indications in the video show that the building collapse wasn’t ordinary.

While Prophet TB Joshua commented on the lies that surrounds the Strange happening, He simply said no matter how long a lie is sustained, the truth will someday prevail

Related Topics:SCOANTB Joshua
Up Next