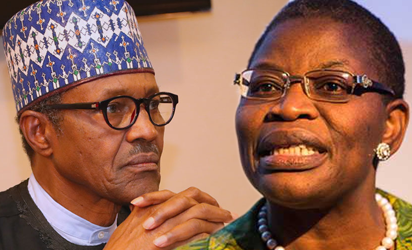 He said that while Agbeje was dropped along the line, Ezekwesili, who Pastor Enoch Adeboye of the Redeemed Christian Church of God, RCCG, helped him (Bakare) contact, refused to run with Buhari.

“But Pastor Adeboye told me he (Buhari) would need a strong Christian to be his running mate. I said to him that Oby is strong too; he said no, that she must not leave certainty for uncertainty because she was working at the World Bank then,” Pastor Bakare said as quoted by the Sun.

He said that Buhari insisted that he wanted the greatest grassroots mobiliser in the south-west as running mate and “On January 15, 2011, at 12 noon, my phone rang, it was Buhari. He said, Pastor, I had prayed the way I know how to pray, and I want you to pray also, I want you to be my running mate.

“I said to him…that I will never seek an elective office or join a political party. He said I should pray about it and call him back in seven hours, I didn’t call him.

“I called Pastor Adeboye and informed him, he said that was it and that he already said Buhari needs a strong Christian and that I am the man and I must go there.

“I consulted across the board and I signed on at the last day to become his running mate. Of course, we didn’t win the election.”

No South East Governor Will Support Atiku In 2023- Deji Adeyanju