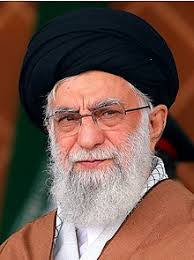 Guardian indicates that Iran government has admitted that its military made an “unforgivable mistake” in unintentionally shooting down a Ukrainian jetliner, which killed all 176 people onboard.

It was reported that a thread of tweets by the Iranian president, Hassan Rouhani, armed forces’ internal investigation has concluded that regrettably missiles fired due to human error caused the horrific crash of the Ukrainian plane and death of 176 innocent people.

He said investigations have been on-going to identify and prosecute the great tragedy and unforgivable mistake. The foreign minister of Islamic Republic of Iran, Javad Zarif, described the incident as sad one, adding that preliminary conclusions of internal investigation by Armed Forces indicated human error at time of crisis caused by US adventurism led to disaster.

He said: “A sad day. Preliminary conclusions of internal investigation by Armed Forces: Human error at time of crisis caused by US adventurism led to disaster. Our profound regrets, apologies and condolences to our people, to the families of all victims, and to other affected nations.” Breaking: US media claims Iran mistakenly shot down Ukraine jet .