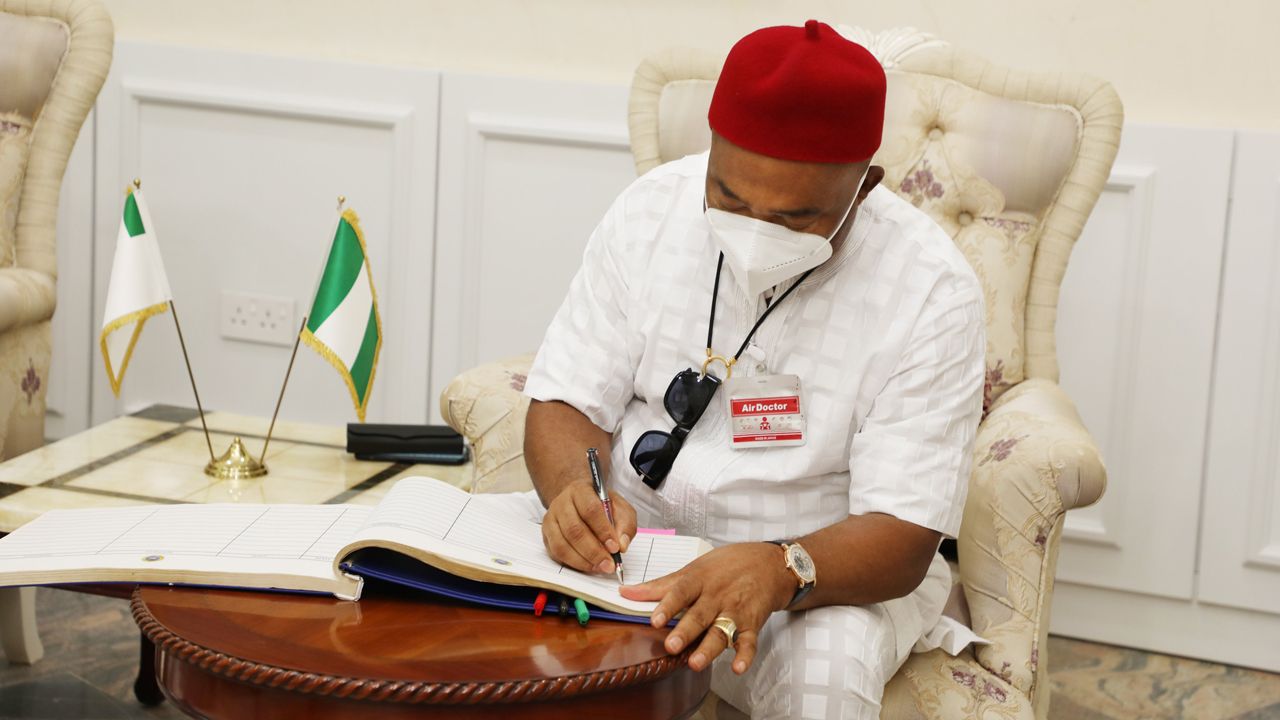 Governor Hope Uzodimma and his convoy were attacked on their way to 34 Attilary Brigade in Obinze on August 17.

Governor Uzodimma was going to inaugurate an officers mess built by the state government .

NAIJA NEWS NG learnt that the attackers claimed that they are the staffs members of Imo State Oil Producing Areas Development Commission (ISOPADEC) who were protesting non payment of salary.

The Uzodimma government has said this attack has proved their allegation that the protests in the state were sponsored by the Peoples Democratic Party (PDP).

Commissioner of Police Isaac Akinmoyede speaking on the incident said the police arrested 15 of the protesters with one locally-made pistol, two machetes, a mask, a chain and a padlock .

Akinmoyede added that the incident which happened at Concord area of New Owerri claimed no life.

“They attacked the vehicles in the convoy with a locally made pistol and machetes.

“But in the process, windscreens of some of the vehicles in the convoy were smashed and the vehicles damaged.”

The police commissioner added that the suspects have been handed over to state Criminal Investigation Department for further investigation.

Imo Governor, Hope Uzodimma, revealed recently how he fell out with former governor, Owelle Rochas Okorocha when he refused to grant his request to dissolve all the investigation panels set up to probe his administration by the immediate past Emeka Ihedioha administration

Ikedi Ohakim And His Mistress Fight Dirty In Abuja Hotel