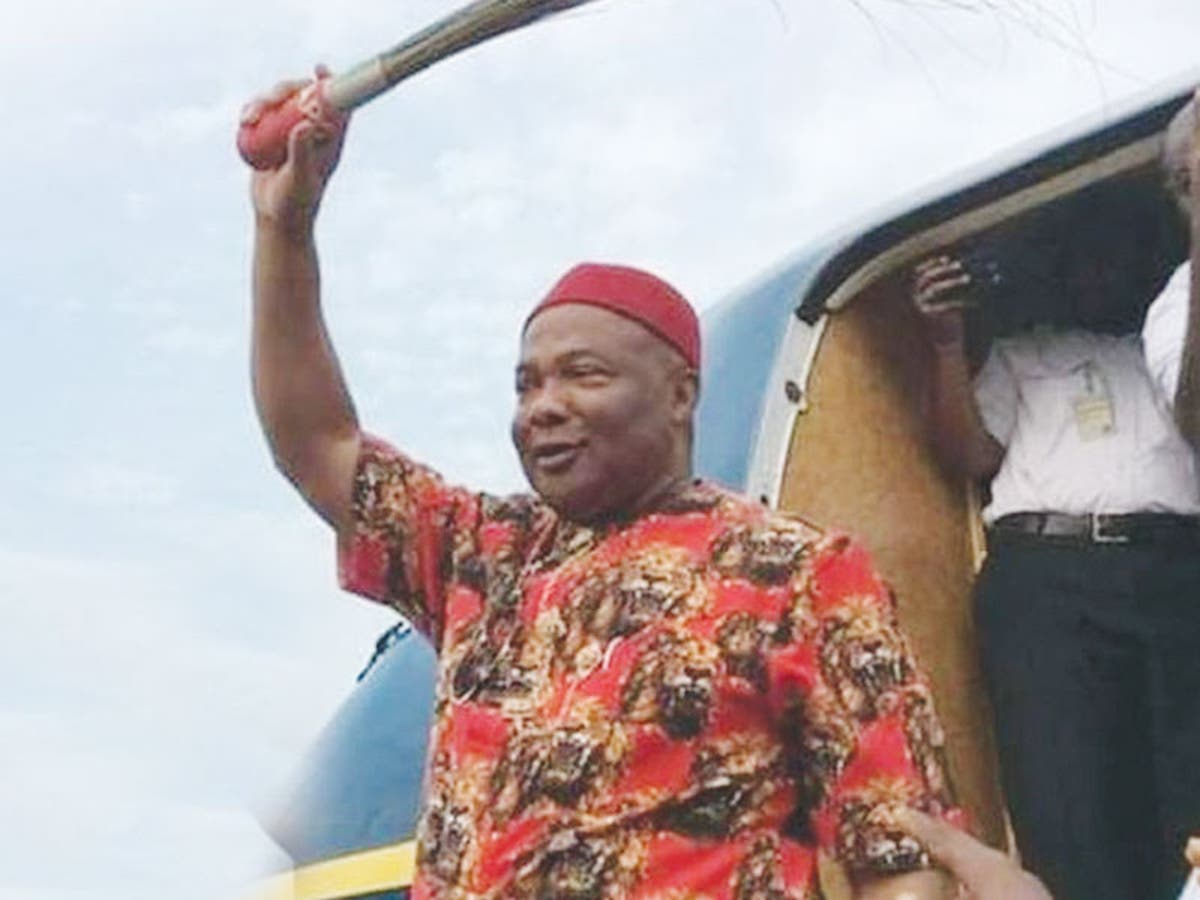 Hope Uzodinma has taken steps to stop the tag “supreme court governor” used to address him by the opposition and its loyalists in Imo State.

You will recall that Ambrose Nwogwugwu , the Director of Online media of the Peoples Democratic Party (PDP), was arraigned before a Magistrate court sitting in Owerri on charges bordering on terrorism and defamation following some of his Facebook posts “targeted” at Governor Hope Uzodinma of Imo state.

The Peoples Democratic Party’s Imo State chapter secretary always refers to Emeka Ihedioha as the elected governor but refers to Uzodinma as the supreme court governor.

This branding is not sitting well with the Governor. Hope Uzodinma has petitioned the National Judicial Council (NJC) and Abubakar Malami, attorney-general of the federation over the tag NAIJA NEWS NG learnt.

Uzodinma’s special adviser on political matters , Batos Chikezie revealed that the petition was signed to stop the likes of Ogubundu Nwadike and others from using the derogatory tag on the Executive Governor of Imo State.

According to Chikezie, “Nwadike has continued to refer to Uzodinma as the supreme court governor and Chief Emeka Ihedioha as the elected governor of the state in the print, electronic and social media” since the supreme court’s decision on January 14, 2020.

Chikezie claimed that the tag is a ‘wicked propaganda and blackmail” used to incite the people of Imo State to look down on the judiciary.

Chikezie also asked that the NJC through the registrar of the supreme court ensure that Nwadike is made to stand trial for “persistently making a mockery of the decision and proceeding of the supreme court on the Imo state gubernatorial election, thereby making them look compromised and biased in the eyes of the public which is a dent on their integrity and pedigree”.

“We call on the Nigeria Union of Journalists (NUJ) to quickly clampdown on Nwadike as a practicing journalist, and require that all media outlets blacklist him from their stables, blogs, pages and airtime in referencing a duly elected government as an ‘Abuja/supreme court government’, which is a calculated attempt to incite the people of the state and dent the image of the most esteemed judiciary arm of government.”