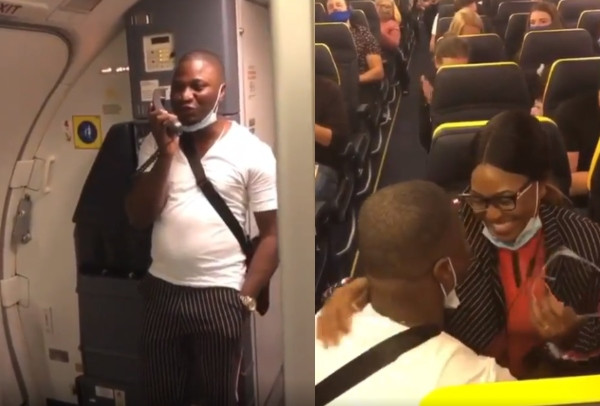 A video of a Nigerian man proposing to his girlfriend of 5 years has gone viral online. The air hostess gave him an opportunity to speak while they were on air.

After his speech to the passengers, he went down on his knee to propose to her . Kemi his girlfriend said “yes”

Love is a beautiful thing, isn’t it?

You would recall that Nollywood living legend, Pete Edochie , has said that it is not our culture to knee to propose to a woman . He was attacked by some while many praised him .