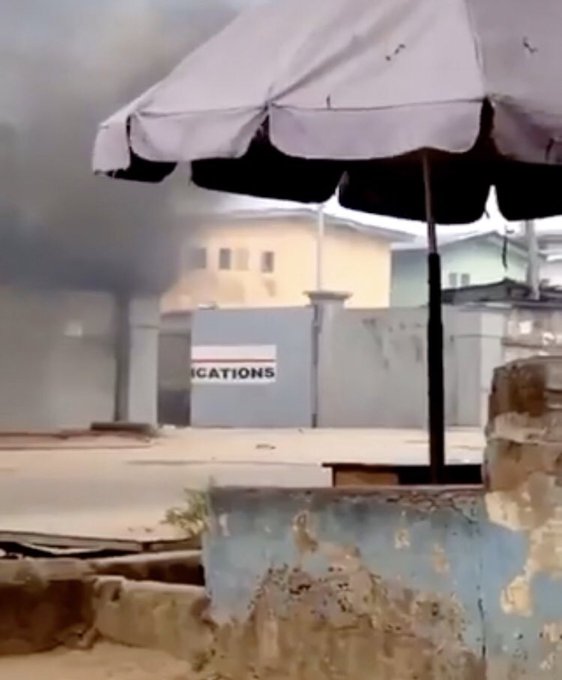 Hoodlums suspected to have hijacked the Lagos protests against Police Brutality, #EndSARS have invaded the Television Continental Complex .

NAIJA NEWS NG reports that the hoodlums made their way into the complex during a live Call-in Program, ‘Your View’ anchored by TVC Queen, Morayo Afolabi-Brown.

According to a fan who monitored the live Instagram video, “ TVC has been attacked by hoodlums, Morayo was being threatened to drop her Phones with the Thugs while other staff were terified and held hostage”, he narrated to a reporter.

Watch the anchor of the live program Your Views speak about the attack.

BREAKING: TVC News transmission has gone offline after an angry mob infiltrated their studio and set it on fire. pic.twitter.com/DDRSXuva7G

Below are reactions by Nigerians on the attack.

“CLASH between angry mob and TVCresulted in a fire which has now burntTVC.

Fixed it for you.”

“TVCis on fire ,thoughts and prayers are with the fire at this difficult moment”

“TVCset on Fire by Angry Mobs, My Thoughts & Prayers are with the Fire. I hope the Fire doesn’t get Hurt”

“The same Fire that did it forTVC will do it for AIT and channels TV. Amen??”