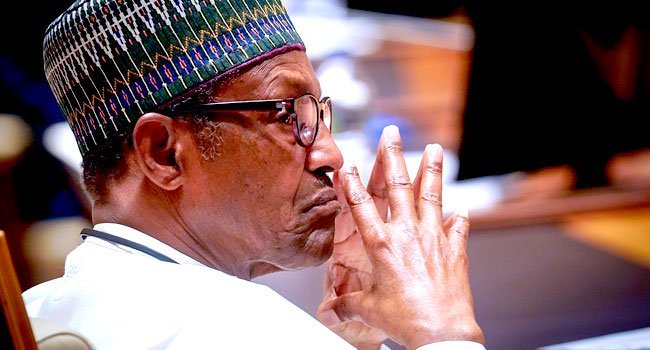 Ministers in Buhari ‘s cabinet are divided over the ongoing NIN registration exercise, majority want it suspended due to COVID-19 second wave.

NEWS MAIL NG learnt that the minority camp is led by Dr. Isa Ali Pan­tami, Minister of Communications and Digital Economy. This camp has insisted that the exercise must go on as it will help in fighting terrorism in Nigeria.

You would recall that we reported that the Health Minister, Olorunnim­be Mamora , said the exercise may be suspended so NIMC can reorder the whole process. Read it here.

“I don’t feel good looking at the picture where people are gathered in multitudes. It’s like a super spreader event which we don’t like, but I’m also aware that the rel­evant ministry, which is the communications and digital economy, is looking at this,” Mamora said.

A source told Independent’s cor­respondent on Thursday, that “the develop­ment and the rising cases of COVID-19 had caused a sharp division among the presi­dent’s cabinet.”

“Right now, we have two camps in the cabinet. There is a camp which believes that the registration exercise is not a life and death matter and should be suspended to a reasonable period when COVID-19 would have gone or drastically reduced. This camp is in the majority.

“However, there is another camp which believes that the exercise should go ahead as the registration is crucial to curtailing the rising wave of insecurity in the country. This camp, led by the Minister of Communications, believes that the exercise can continue if people are order­ly. I believe the president will review the situation and take appropriate decisions soon,” the source said.

Monday Ubani, a for­mer Second Vice-President of the Nigerian Bar Association (NBA),has also said anyone supporting the exercise to go on is not reasonable.

He said: “It doesn’t require any person to know that if any person wants this exer­cise to continue, in the light of the deadlier era we are now with COVID-19, it means the person is not reasonable.

“They are saying the ex­ercise is for security, is it not about the security and safety of the lives of Nigerians?

“You are at the same time risking their lives by asking them to congregate and clus­ter in an environment where they will be exposed to the deadlier COVID-19 that is rav­aging the entire world.

“Does it require anyone to know that that is unreason­able? How will any person even support such a thing?

“How will President Bu­hari support the idea that peo­ple should congregate and be made to be infected with the disease? Yet, every day, the govern­ment is reeling out guidelines, asking us to observe safety protocols. You have set up a Pres­idential Task Force that is looking into the matter of COVID-19 and they have given us briefings on what to do to observe protocols, at the same time, you are asking people to congregate and be exposed to the virus?

“The person asking Nige­rians to go ahead with the ex­ercise has an ulterior motive that is sinister. He is the only one that knows the reason why he is doing this.”

A Human Rights Activist and Lawyer Matthew Ogunba, said the exercise should be suspended immediately. He said the Minister who are meant to solve the problems are working at cross purposes.

He also said: “It is disheart­ening that ministers that should put heads together to solve Nigeria’s problems are working at cross purposes.

“The exercise should be suspended. No two ways about it. If you remember, the minister ordered the exercise during the period the Nation­al Assembly asked President Buhari to appear before them. It is just a ploy to distract Nigerians from the failures of the government. Nothing more,” he said.