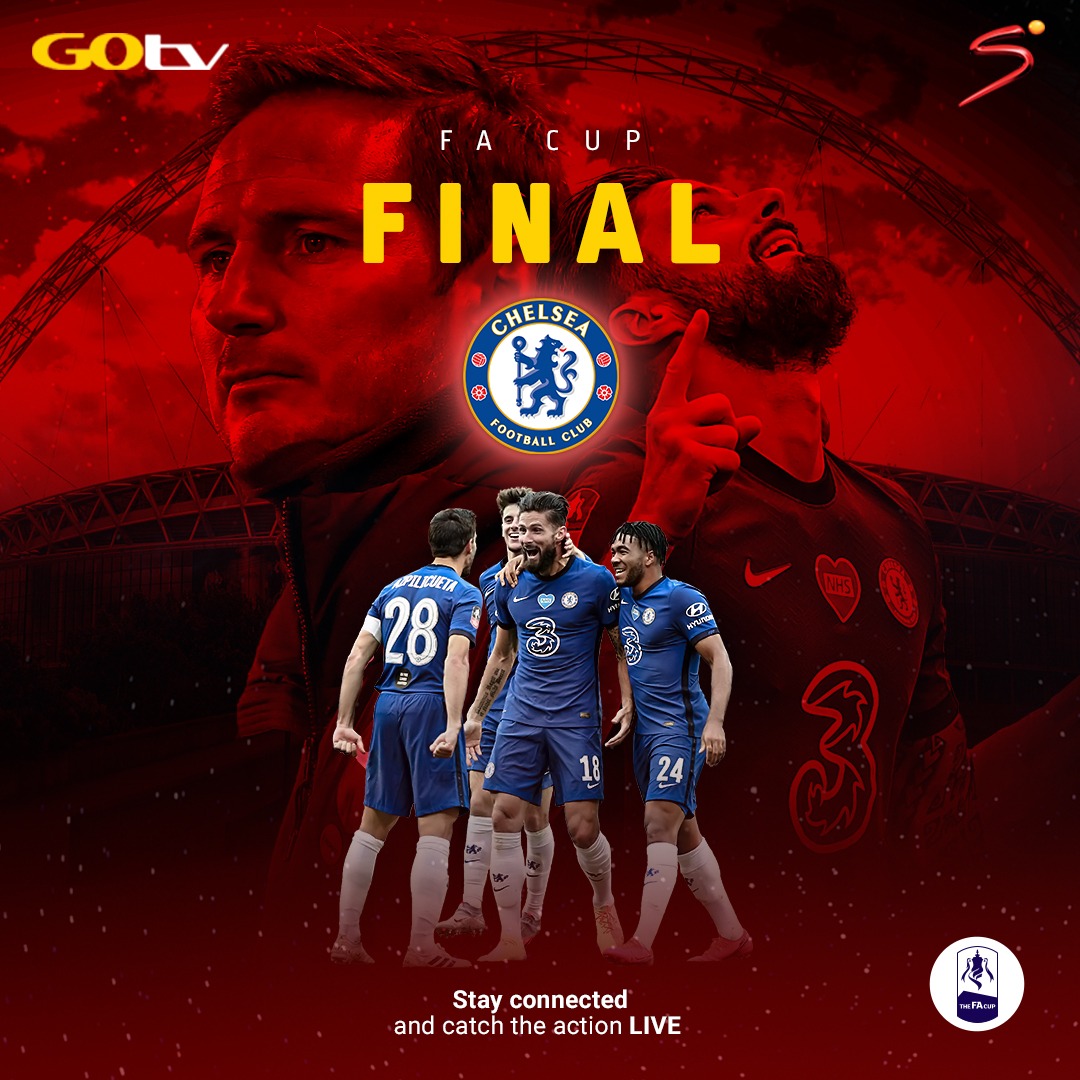 This long weekend will be an exciting one for football lovers on GOtv, as the FA Cup final will be broadcast live this Saturday, 1 August 2020.

The FA Cup, which is the oldest knockout competition in world football, will close the 2019-20 top-flight English domestic season with the all-London meeting of Arsenal and Chelsea at Wembley Stadium on Saturday. The match will kick-off at 5:30pm and will be aired LIVE on SuperSport Select 5 (channel 36) available on GOtv Max.

Arsenal surprised football fans in the semifinal match against Manchester City on the penultimate weekend of July, with Gabonese star Pierre-Emerick Aubameyang scoring both goals in a 2-0 victory. The Gunners are positive and will be chasing a record-extending 14th FA Cup title with the hope of a repeat of the 2017 final in which they defeated Chelsea 2-1.

Arsenal’s win over Manchester City in the FA Cup followed on quickly from a victory over Liverpool in the Premier League, leaving manager, Mikel Arteta grateful that his side has turned a corner after a roller-coaster ride of a season.

Meanwhile, Chelsea put in arguably one of their best performances of the season to defeat Manchester United 3-1 in the other semi-final. The Blues suffocated the Red Devils and claimed a deserved victory, with strikes from Olivier Giroud, Mason Mount, and an own goal from Harry Maguire.

Chelsea will be looking to win the FA Cup for a ninth time, with their most recent success in 2018 when they defeated Man United 1-0 in the final. Manager Frank Lampard believes reaching the FA Cup final is a sign of his side’s improvement.

“It is a great achievement for us to get there,” Lampard explained. “To win a semi is a great thing but to win a final is the thing. We are progressing, we are getting better. There have been recent bumps but [the semi-final win] was a performance of huge character and personality, work ethic and quality.”

Do not miss the conclusion of the 2019-20 football season on GOtv Max. Reconnect now on the GOtv Max package to have access to quality programming on channels such as SuperSport Select 4 & 5, BET, M-Net Movie Zone, Discovery ID, Cartoon Network and so much more for the price of just N3,280! You can make use of the MyGOtv app from the comfort of your homes to upgrade or reconnect and other self-service options.