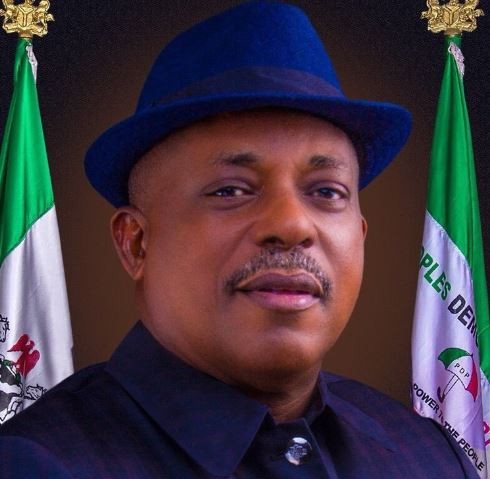 The Peoples Democratic Party (PDP) has mocked the Presidency and the All Progressives Congress (APC), as shameless, despicable and hypocritical, for attempting to woo PDP members into its ‘now discredited and famished fold’.

PDP describes the move in a statement signed by its national publicity secretary Kola Ologbodiyan ‘as a failed antic of an apprehended and deflated felon who, in his immoral proclivity, attempts futilely to pull off one last survival stunt before facing the gallows, or more so, a mortally wounded snake furtively seeking for one last bite before its inevitable painful death’.

The statement also says, ‘PDP has nothing but pity for the APC, who, in its blind desperation, cannot see that the train has since left the station and that no body, no matter the lure, abandons a cruising liner, which the PDP now represents, to jump into a sinking ship with a disoriented captain which the APC has become. Indeed, no one, no matter the enticement, runs into a collapsing building from where terrified, wounded and traumatized people are already taking flight for their dear lives’.

Nigerians can now see the shameless hypocrisy of the APC, which is now going about, cap in hand, to beg the same persons it haunted as corrupt and evil, seeing that it has been overrun by the tides. Having failed to cow such persons through threats, media trials, trumped up corruption charges and raw violence, the APC is now seeking to ensnare them with promises of political opportunities it no longer has control over.

The dilapidated APC, by now, ought to have known that no Nigerian will again fall for its gimmick of false promises and subject him or herself to the prison yard democracy, that it offers. We therefore counsel the APC to leave our members alone and stop acting like that evil character who roams about seeking for whom to devour or drag along into the pit, knowing that his time is short.

The APC should quit its antics and find an abandoned cave of history to lick its wounds, having squandered the goodwill given to it by Nigerians in 2015. The eclipsing APC must know that Nigerians have had enough of its lies, deception, propaganda, contrivances, beguilements and are now resolute in their iron-cast determination to rally on the platform of the repositioned PDP to rescue our nation from the curse which the APC has come to represent in the last three years.