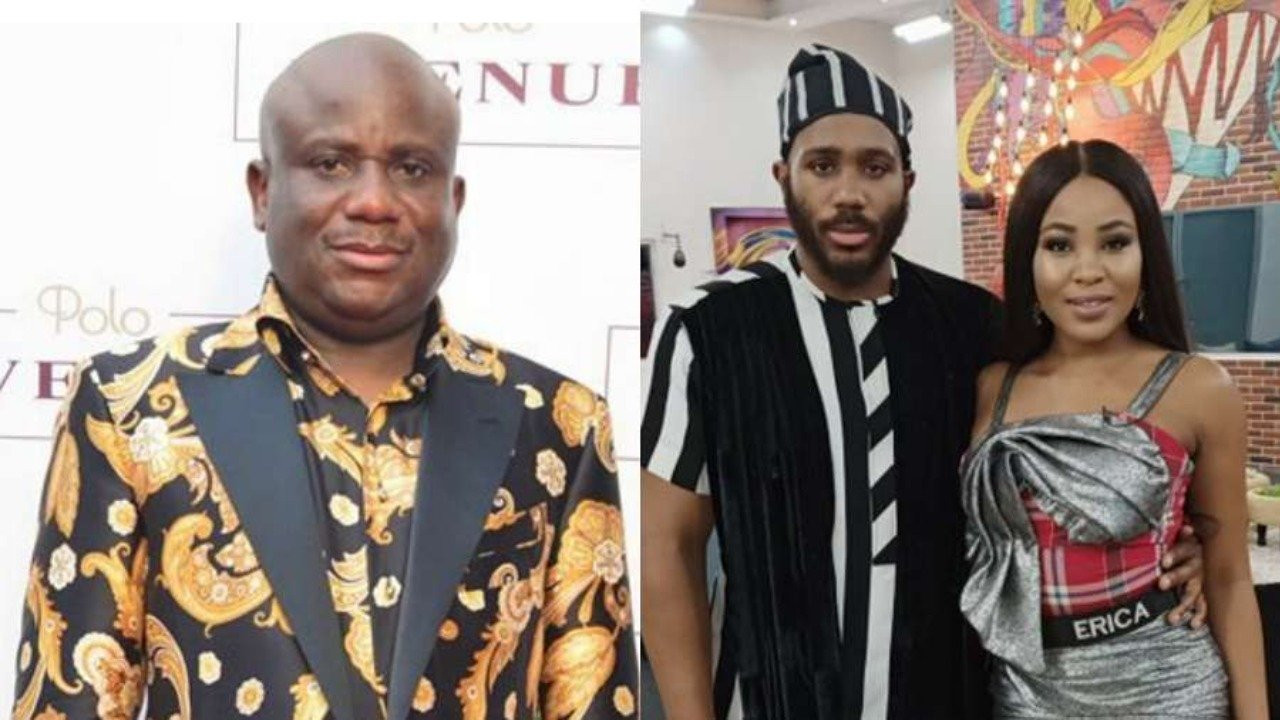 Terry Waya , billionaire father of BBNaija housemate, Kidd Waya , has said he will make his son give Erica half of the prize money if he wins.

Terry Waya appreciate Erica’s efforts to protect his son in the house and said she was hated because she was protective of his son.

”Erica is a wonderful person. She is nice. Really it is not my business about what is happening between her and my son because I cannot force anybody on my son but to me as a human being, she is a wonderful person. She has a very good heart and really if my son should win this, I will make sure that he gives her half of his winning and the rest half to charity” he said

Terry Waya urged Nigerians to continue to support Erica. Watch the video below :

from the BBNAIJA lockdown house. In an IG live interview with Dele Momodu, Waya who is the father of Erica's love interest in the house, Kiddwaya, said he was saddened by her disqualification. He said Kiddwaya's older brother is in touch with her. He also said if Kidd wins the show, he will make him give Erica half of the money and the remaining half to charity.

Nigerians have also reacted to the news and possibility of Erica still making huge income if Kidd wins. Some feel this news could be a powerful strategy to sway Erica’s fans to merge votes with Kidd’s fans to get him to win the show. Read the curated comments below :

Kiddwaya’s sister commands him not to be friends with Laycon when they come out of the house #terrywaya pic.twitter.com/Cg9RBSPuQI

“Haters why U guys so bitter and pain because Kiddwaya’s father – #Terrywaya says if his son wins BBNaija show, he will give half of the winnings to Erica and the rest to charity.?

“I find it hilarious that Ear of maize fans are trending #terrywaya in their bid to give Elites reasons not to vote Kidd.

“Erica is a star. ⭐
She is a brand
She is sellable
Her smile is billboard standard.
Her body language is TV Ad standard.
Her voice on radio can give you succour in traffic.
Her story is inspiring
Supporting and defending my girl with FULL CHEST
#EricaChopOurMoney #terrywaya”

“#BBNaijaLocdown2020
#terrywaya
#BBNaijia
Am I the only one who thinks that biggie has a plan to counter the so much predictable win of laycon for the money. I feel like biggie is up to something but I can’t seem to figure it out. I actually don’t see laycon winning this money.”

Stop Trying To Kiss Me, We Are Not In A Relationship – Nengi To Ozo