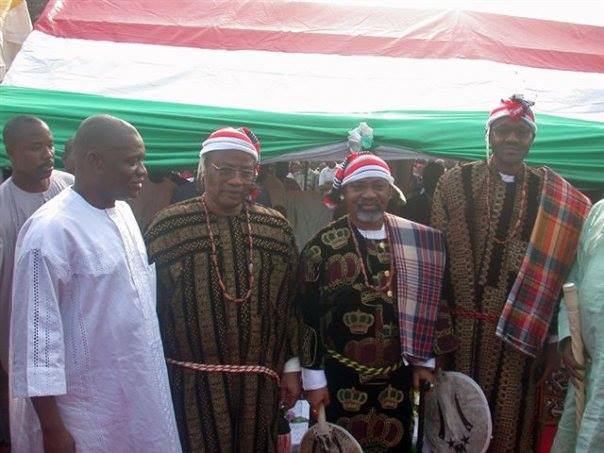 South East Supports Group (SESG) has declared President Buhari the best president the Igbos have benefited from in Nigeria’s history.

NAIJA NEWS NG reports that the SESG argued that President Buhari has shown that he loves the South East by appointing Igbo sons and daughters into key federal positions. The group appealed to Igbos to rally round the President .

SESG also said the Nigerian Army under Buhari has played key roles in the South East of Nigeria to keep peace and ensure security of lives and properties .

The South East Supports Group, SESG, made its position known in a statement signed by its National President, Emmanuel Ojukwu, and made available to DAILY POST on Monday.

The group was responding to the widespread feeling in the South East that the Igbos are marginalized under Buhari in terms of infrastructural development and political appointments.

South East Supports Groups insists that the Southeast region is the most focal beneficiaries of the novel initiatives of the Nigerian Army on Corporate Social Responsibility (CSR) projects in water, roads, and free health services.

It reiterated that the Nigerian Army under Lt. General Tukur Bauratai, has marketed itself as not just one of the most visible presence of the Federal Government in the Southeast, but had through its numerous Corporate Social Responsibility initiatives and projects, assisted tremendously in scaling up development in the South East region.

However, the south east group’s statement read partly, “It is a known fact to each one of us that no race or people bicker with their neighbors forever. In the past decades, we have been antagonistic, hostile, and opposed other tribes of Nigeria to assert or loud what we deemed as marginalization and injustice to the Southeast region.

“Let truth be told boldly, Nigeria’s political system and its reward mechanism subscribes unwittingly to the patronage of regions or zones or people who have actively supported a leader during the electoral process or at the point of enthronement of a leader. We have lived with this culture for ages.

“Igbo nation has no choice than to embrace a leader with a good heart like President Buhari who has consistently shown to us friendship and true love as an unbiased leader. He has demonstrated to us that a true leader has no enemies or foes, but serves everyone without discrimination.”

Uzodinma Takes Legal Action Over The Use Of “Supreme Court Governor”