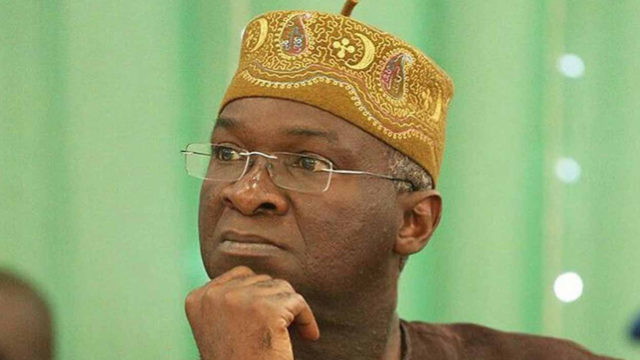 Babatunde Raji Fashola the former Governor of Lagos State and current Minister of Works and Housing has said Nigerians are looking for progress in the wrong place.

NAIJA NEWS NG reports that Fashola said on Thursday on Channels Television while answering questions on his performance as the Minister of Works ad Housing .

He stated: “The government that can transform and give us what we want quickly are the government closest to us – state and local government.

“Looking for the Federal Government or a magic President is why we seem to have been disappointed.

“We are looking for the results in the wrong place.

“Going forward in choosing leaders, we must make sure that we pay greater attention to who becomes our governor, local government chairmen.

“This requires more attention from the people than even who becomes president.

“Nigerians to read the constitution.”